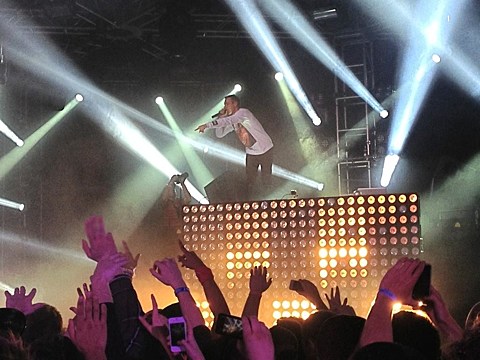 Diplo, who was just in NYC opening for Afrojack at Pier 94 on December 30 (pictured above, video below), will be doing an interesting run of shows this month. On January 20, the super producer will set out to play four cities in one day. He'll begin at 6 PM in Baltimore's Ottobar, then make it to Philly's Sound Garden Hall at 9:30, Atlantic City's Mixx @ Borgata Resort at 12:30 AM, and finally he'll end in NYC at The Westway at 3:30 AM. Tickets for the NYC show are on sale now. The flyer for the shows is below.

In related news, Diplo's Major Lazer project will release its new album, Free the Universe, on February 19 via Mad Decent/Downtown. The album features guest spots from Santigold, Amber Coffman (Dirty Projectors), Ezra Koenig (Vampire Weekend), Wyclef Jean, Flux Pavillion, and others. You can check out the cover art, tracklist, and video for the song with Flux Pavillion, "Jah No Partial," below. 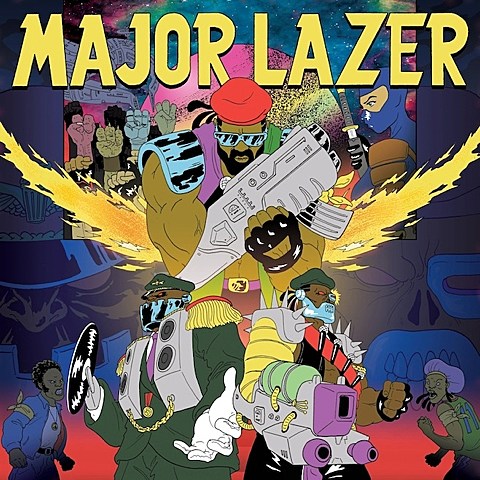 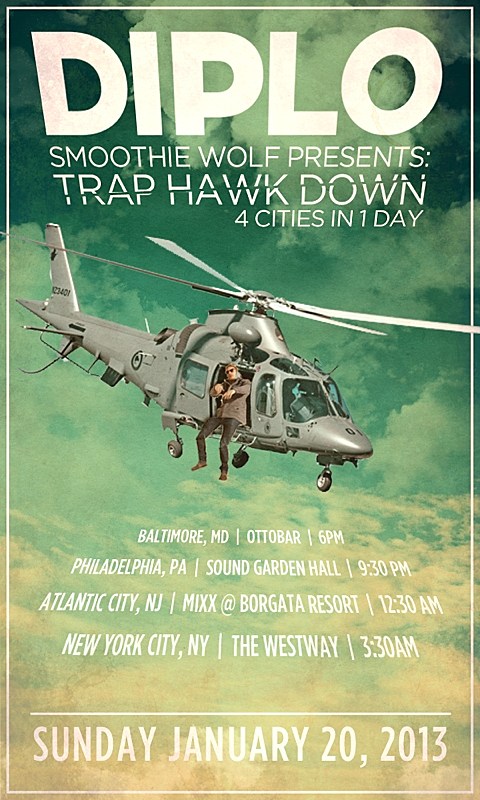