Dipset at Best Buy Theater in 2011 (more by Brook Bobbins) 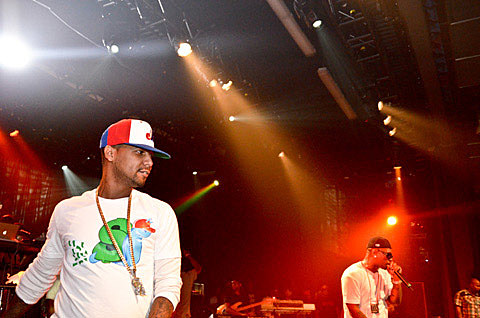 Harlem rap crew The Diplomats aka Dipset aka Jim Jones, Cam'ron, and Juelz Santana released their debut album, Diplomatic Immunity, back in 2003 and returned in 2011 to perform it in its entirety in NYC (though despite what was advertised, they didn't actually perform all of it). Now for the album's tenth anniversary, they're celebrating with an In Flex We Trust-presented NYC show on March 25 at BB King's with Funkmaster Flex. It's not clear if they're giving any promises on what they'll be performing this time, but maybe they'll do the whole thing. Tickets for the show are on sale now. Show flyer below.

In related news, Juelz Santana just released a mixtape, God Will'n, which you can download at LiveMixTapes and stream in its entirety below. Mind you, we're still waiting for the promised new full length, Born to Lose, Built to Win which was supposed to be out December, 2012 and may or may not see the light of day. Juelz was also recently interviewed by Fuse (video below), where he called a new Diplomats album "possible" and also said a new song is on the way. I wouldn't hold my breath, but it seems more likely than getting a copy of Detox. 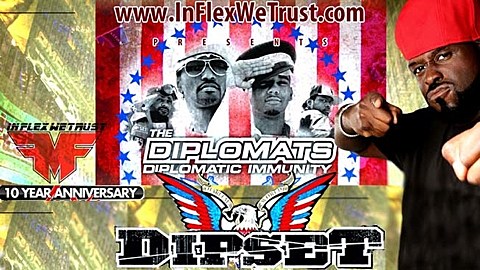