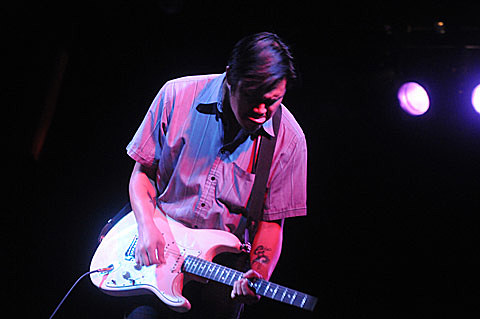 Dirty Beaches played NXNE in Toronto earlier this month. Spinner wrote that his performance was:

At times eerie but always compelling. Whether on 'True Blue,' which he dedicated to the ladies, or the rockabilly-laced 'Sweet 17,' the music rarely give the audience a warm, fuzzy feeling.

If there was one miscue, it was a cover of Mattress' 'El Dorado' which had him sans guitar and crooning like a jilted lover from a David Lynch film. Acknowledging that he'd "graduated from playing basements" to NXNE's main stage at Yonge-Dundas Square (the same stage that New Wave icons Devo would grace hours later), Dirty Beaches ended the set with a grin on his face and a few fist pumps. A fine set, even if the songs provoke images of dark, dimly lit alleys -- a strange brew for a gloriously sunny day.

More pictures from the show and a video of him playing "Sweet 17" are below.

As mentioned in This Week in Indie (and other times before that) Dirty Beaches plays a free show tonight (7/1) at South Street Seaport with Lower Dens. Things kick off at 7pm.

We mentioned back in May that Dirty Beaches was set to release a split 12" with Ela Orleans. The split is out now and can be streamed and purchased at La Station Radar.

More pictures, video, and all tour dates below... 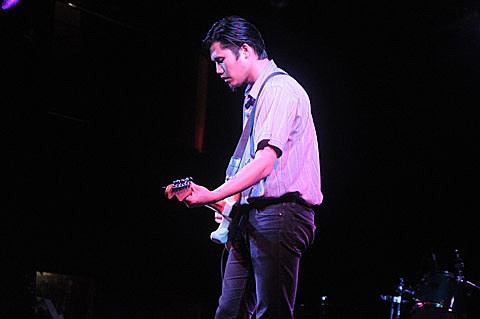 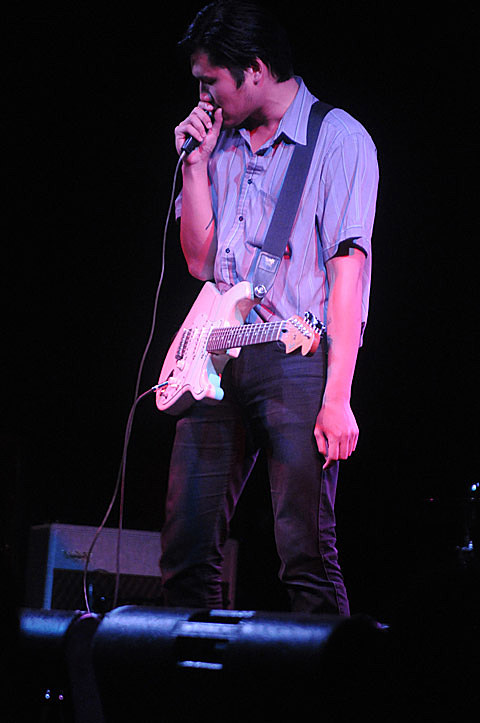 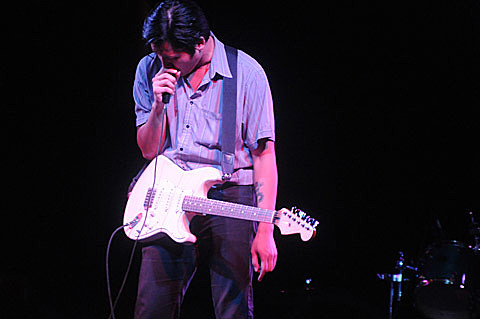 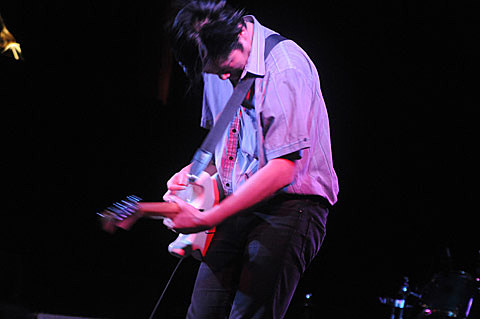