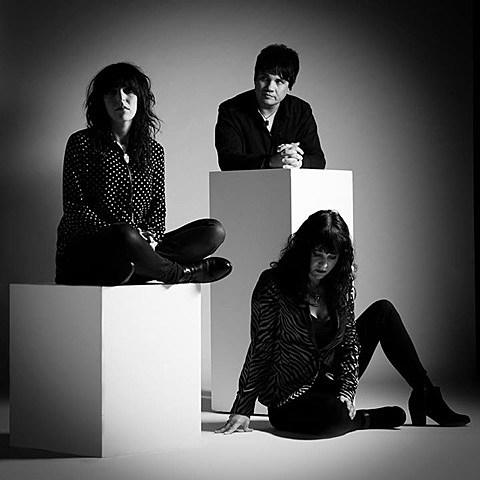 San Francisco's Dirty Ghosts will release their long-in-in-the-works sophomore album, Let It Pretend, this fall via Last Gang. It follows 2012's Metal Moon, which main songwriter Allyson Baker made with then-husband Aesop Rock. (They're divorced now, but have continued to collaborate, including on Aesop's most recent album, Skelethon.)

Before that they'll release the Cataract EP next week (7/25) via Burger which features three new songs plus two remixes of the EP's title track by Total Control's Mikey Young and Tobacco (aka Thomas Fec of Black Moth Super Rainbow), the latter of which makes its premiere in this post. The original definitely owes a little to punky new wave like Romeo Void or Missing Persons but Tobacco applies his low-fi g-funk pixie dust, giving it a whole new feel. Stream it, and the original, below.

Dirty Ghosts have a few California shows scheduled, including a hometown show this weekend with Dick Diver. All dates are listed below.