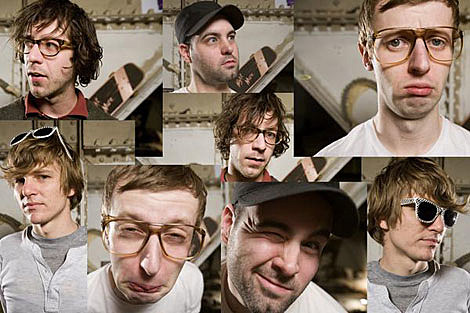 Over the years, Death by Audio has been spiritual home to bands to more than a few bands, whether they've worked for the venue, the pedal shop or have just been part of scene. (It was almost like they lived there.) Some of those bands who have since called it quits are getting back together to say goodbye to DbA on November 1. Headlining the show are '00s-era underappreciated poppy shoegazers Dirty on Purpose who played their last ever show on New Year's Eve 2008. I was a fan and a friend (the first show I saw at DbA was Dirty on Purpose during CMJ 2005 back when they just called it the Sugar Factory), and anxious to see them again. If you've never checked them out, you can stream 2006's Hallelujah Sirens (via Rdio) below.

Also on the bill are Sisters (aka DbA co-runner Matt Conboy and Aaron Pfannebecker who made calamitous pop); San Francisco transplants French Miami (frontman Jay Heiselman now plays in Grooms, Roya and is a busy recording engineer); and Darlings who I was unaware broke up, and and if they did it's been really recent and they didn't tell anybody (we premiered a new song back in July and they just played Knitting Factory two weeks ago). [UPDATE: They didn't break up, but are pals with all the bands.] What, no Coin Under Tongue? The lovefest is $10 at the door. Flyer below.

Speaking of French Miami, next time you're at DbA on the way in or out, there's a box of French Miami's self-titled 2009 album on vinyl. Help yourself to one (it's a good record and you can stream it below).

While on the subject of DbA house bands, A Place to Bury Strangers are surely the venue's official one, as frontman Oliver Ackerman runs the pedal shop out of DbA's backroom. APTBS will play DbA on October 27 with Olympia, WA's Broken Water, plus Gold Dime (ex Talk Normal), and White Suns. That show is $8 at the door, and is just two days after playing Rough Trade (10/25) as part of Austin Psych Fest's CMJ showcase with White Fence, Moon Duo, King Gizzard & the Wizard Lizard, Bo Ningen and more (tickets).

In other DbA news, we mentioned that construction has already begun on the building's transformation into Vice's new megafacility, and DbA suffered a bit on Monday (10/13) when the construction crew sawed open an active water line directly above the main showspace, sending 50+ gallons of water down through the drop ceiling. It was cleaned up by the time of the show that night. But let's not destroy the place before they close (that goes for showgoers too), ok?

Streams and flyers below... 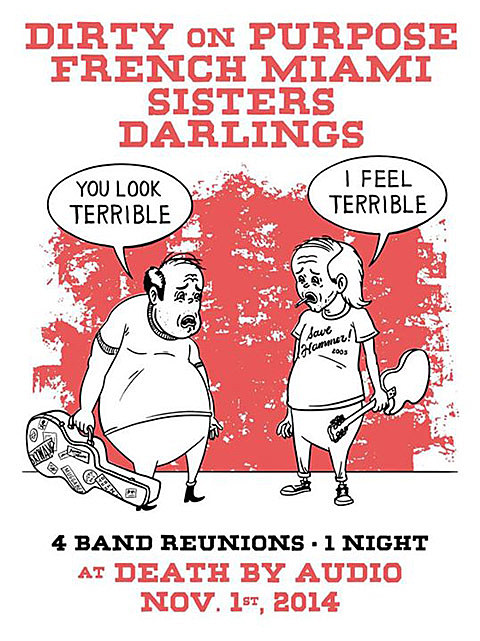