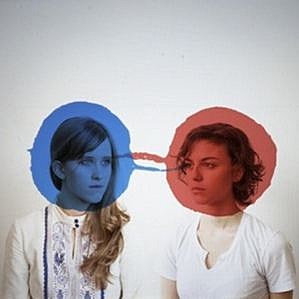 "Brooklyn, NY based Dirty Projectors are set to release 'Bitte Orca', their 5th full-length album and first for Domino Records on June 9, 2009. The album was recorded in Portland, OR and Brooklyn, NY in 2008 and will be available on CD, LP & digital. David Longstreth formed Dirty Projectors in 2002 and the group now consists of Angel Deradoorian, Amber Coffman, Brian Mcomber and David as principal members. Lead single 'Stillness Is The Move' will precede the album on April 21st in North America and will be available on 12" and digital, with b-sides and a remix by Lucky Dragons.

Dirty Projectors will also be introducing an expanded 6 member live lineup with the addition of bassist Nat Baldwin and vocalist Haley Dekle for a number of dates this winter and spring.

No new NYC dates yet, but recent Dirty Projectors shows at South Street Seaport (8/15/08) and Brooklyn Masonic Temple (12/1/08) both caught the band in top form, performing new, harder edged material (albeit without its new members). More recently, the band also played as part of the "Laurie & Friends" gig at BAM (1/21). Four SXSW shows, and other dates listed below.

On May 5th, DP vocalist Angel Deradoorian (or just Deradoorian as the project is called) is set to release her first solo recording, a spacey, dream-pop EP titled Mind Raft, on Love Pump United.

And a few weeks ago(2/17), Dirty Projectors kicked off benefit comp Dark Was the Night with a killer David Byrne collaboration, posted above. Catch David Byrne twice this weekend at Radio City Music Hall.