Dirty Projectors @ Housing Works in May (more by Ryan Muir) 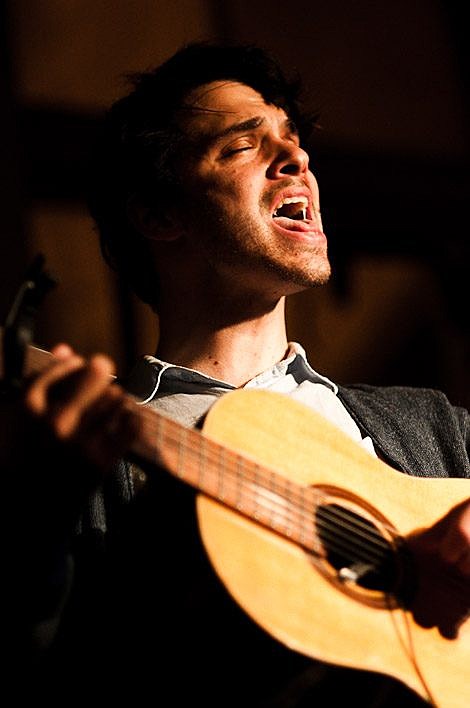 So as it turns out, the June 19th Dirty Projectors date that has been sitting out there for a month, is in fact WRONG. They are not playing the Williamsburg Waterfront on June 19th. They are playing it on JULY 19 aka Sunday, July 19th aka the free show (Pool Party) that Magnolia Electric Co. are also playing!

Dirty Projectors will play a NYC show on June 19th though. It will just be much, much, much smaller and harder to get into.... Dirty Projectors are playing an instore at Other Music on 6/19 at 9pm. "Buy 'Bitte Orca' on cd or lp and recieve 1 ticket for the instore. Limit 2 purchases/tickets per person." The store will start selling the album on Friday, 6/5 at noon TONIGHT, JUNE 3rd.

Speaking of Bitte Orca, NPR is now streaming it.

Dirty Projectors' next NYC show is this Friday (June 5) with TV on the Radio at Central Park Summerstage. The show is sold out. If you're going and you want to see DP, get there early - they are the only opener, and "Show 6:30 PM".

If you don't have a ticket, and want to see TV on the Radio (who just played Sasquatch), tickets are still on sale for the show they are playing later in the summer at Prospect Park.

Check out video from the Take Away Show DP filmed in 2007, below...