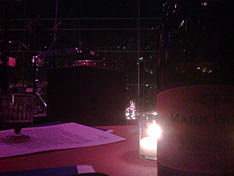 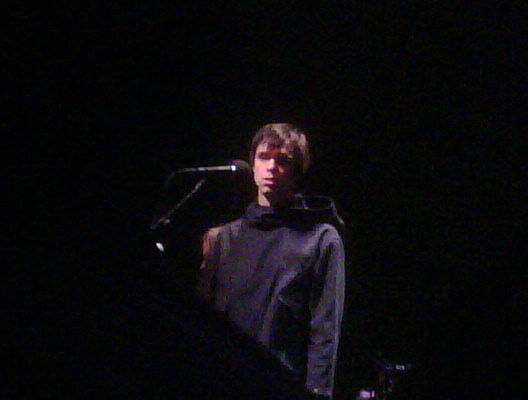 Dirty Projectors' 2005 album, "The Getty Address," is far more a contemporary chamber opera than indie-rock. It uses woodwinds, brass, strings and orchestral percussion; its music has dissonances and complexities galore, and only fitfully settles into a steady beat. Lincoln Center's American Songbook series is a natural place for it, and on Friday night at the Allen Room, Dirty Projectors performed "The Getty Address," backed by the chamber ensemble Alarm Will Sound. It was arranged for the concert by Matt Marks and conducted by Alan Pierson.

It was probably the most abstruse offering to date in the series. Just five years after its release "The Getty Address" sounds like both a precursor and a tangent to the rock Dirty Projectors went on to make. It delved into compositional obsessions that would later be channeled into barely less complex songs. [NY Times]

Between those shows, Alarm Will Sound plays at (Le) Poisson Rouge on Tuesday, February 23rd to showcase the music of the group's own Caleb Burhans. Tickets are on sale. Caleb also performs at a late show at the venue with his layered, lush guitar/violin duo itsnotyouitsme. Avant-electronica act Son Lux opens - tickets to that are on sale. The show is a CD release party for itsnotyouitsme's new album, fallen moments, out now on New Amsterdam Records. AWS's A/Rhythmia came out last year on Nonesuch.

Dave Longstreth and three other composers will be on hand to introduce their work when it's premiered on Wednesday, February 24th at Merkin Hall by Bang on a Can All-Stars (it'll be the world premiere of Longstreth compositions "Instructional Video," "Matt Damon" and "Breakfast at J&M"). Tickets are still on sale.

As Dave Longstreth and Dirty Projectors get more involved with the classical world, they're also getting more intertwined with mainstream pop. Solange Knowles, who performed with Of Montreal (again) in January, covered the DP's popiest tune, "Stillness Is the Move," in 2009. The singer joined the band for a performance of the song and a cover of Groove Theory's "Tell Me" at a Fashion Week party held at Ace Hotel on Feb. 13th. Videos of that set are below...