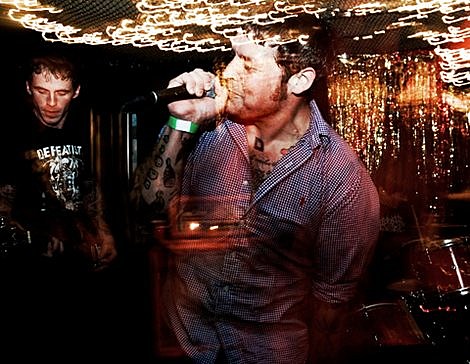 After a weekend of ragin' (if you went to MDF), grillin', or just plain chillin', it might be a good idea to blow off some (more) steam at TONIGHT's killer Monday night lineup at Lit. D.I.S. will headlining the fourth anniversary of Precious Metal (congrats Curran!) with a show alongside the always fun Psychic Limb and Olde Ghost. $6, as always, gets you in.

The show is part of a larger tour for D.I.S., who have released their new LP Critical Failure via Deep Six Records. Check out the lead track "Speak Of Hate" above. D.I.S. features Leon Del Muerte of Phobia/Exhumed/Intronaut among their ranks.

Full D.I.S. tour dates, as well as some video, are below.

DESTROYED IN SECONDS @ the Crossing 5/9/09 Palmdale,CA