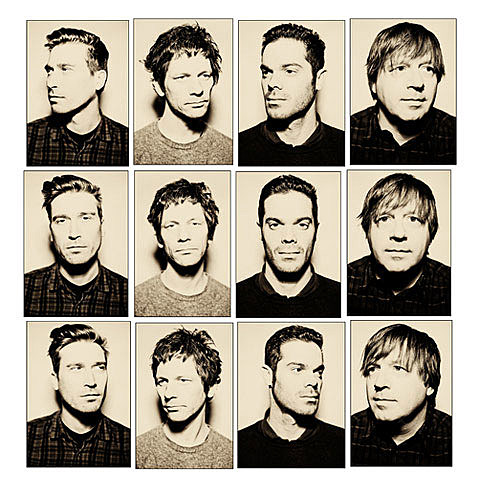 Disappears travel on a high-powered motorik freeway that seems to have few offramps, but the Chicago band are stopping in NYC for two shows as part of their tour with The Psychic Paramount. They play tonight (7/26) at Union Pool and Wednesday (7/27) at Cake Shop.

When Disappears last played NYC back in January, it was one of their first few shows with new drummer Steve Shelley. Even though his indie cred is beyond reproach, Shelley did have some big shoes to fill: original drummer Graeme Gibson's relentless basher style was pretty intrinsic to Disappears' frantic, hypnotic live show. Says frontman Brian Case in a nice interview over at the Voice:

Graeme and Steve are very different drummers. But they both come from the same place that's about doing what's best for the song, so that instantly eliminates a lot of "translation" issues, so to speak. There were a few songs we had to drop out of the set as they were clearly songs made for Graeme's style, but a lot of the new stuff wouldn't be suited to how Graeme plays, so it's just another step in evolution of the band. We've been lucky to have two really strong, distinctive drummers.

As good as that January show was, it was still felt transitional. Having had six months to vibe off each other -- and write a whole new album's worth of material togehter -- should hopefully have the band fully back in the groove. After their current tour, which hits the West Coast with Obits next month, Disappears head back into the studio to cut that third album for Kranky. You can stream a demo for one of the songs at the bottom of this post which sounds like they might be downshifting into a lower gear. If you haven't picked up this year's Guider or 2010's Lux, both are highly recommended.

All Disappears tour dates and the new song below.

--
All Gone White by DISAPPEARS