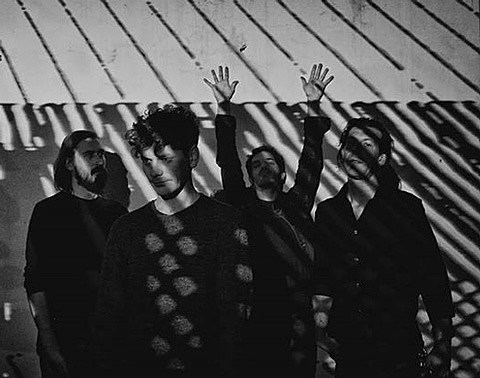 Chicago mercurial psych band Disappears seem to morph with every new album and barely resemble their "Stooges meet Spacemen 3" beginnings. The band's new LP is titled Irreal, out January 19 via Kranky, and takes them into further into the dark forest they entered with 2013's Kone. (The more experimental songs on Wire's 154 is a not off-base comparison.) The album was produced by John Congleton (St. Vincent, Modest Mouse, The National) at Steve Albini's Electrical Audio studio and you can stream a track from it -- the stark, icy "Another Thought" -- and watch its turbulent video, below.

Disappears were busy with another album recently -- David Bowie's 1977 LP, Low -- which they covered in full at the Museum of Contemporary Art Chicago as part of the series "David Bowie Is." As mentioned, Disappears will be touring the West Coast next year with Hookworms (that is a dynamite pairing). No word on East Coast dates yet, but the band will also be heading to Europe and the UK in January and February and all dates are listed below...