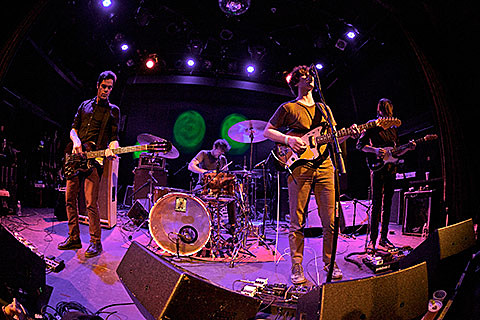 You may remember that Disappears performed David Bowie's Low in full for a special concert as part of last year's Bowie Changes exhibit at Chicago's MCA. That performance is being released as a live album, Low: Live In Chicago, which will be out next week via Sonic Cathedral (LP) and Italy's Maple Death (cassette). You can watch video of Disappears playing "Sound & Vision" and "Breaking Glass" from the Chicago show below.

Disappears will be performing Low live again a few times on upcoming tour dates, including a London show this month, and at NYC's Baby's All Right on February 20. The Baby's show will also feature an opening set of yet-to-be-released songs. Tickets for that show are on sale now.

The band's last NYC show, about a year ago at Rough Trade, was maybe the best I've ever seen them -- heavy, intense, and their rhythm section is just unstoppable. Definitely go see them if they play near you. The Brooklyn show is part of a short North American tour which includes 'Low' shows at New Hampshire's 3S Artspace and Pittsburgh's Warhol Museum, plus other shows. All tour dates are listed below.

In other news, Disappears frontman Brian Case and musician Justin Walter have formed Bambi Kino Duo. Not to be confused with the similarly named NYC high-concept Beatles cover band, BKD traffik in ambient textures and just released See Heat, which is out now digitally and on cassette. Stream "OKO" from it below. 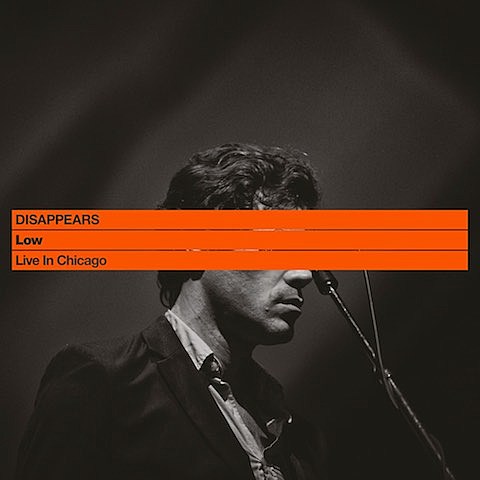