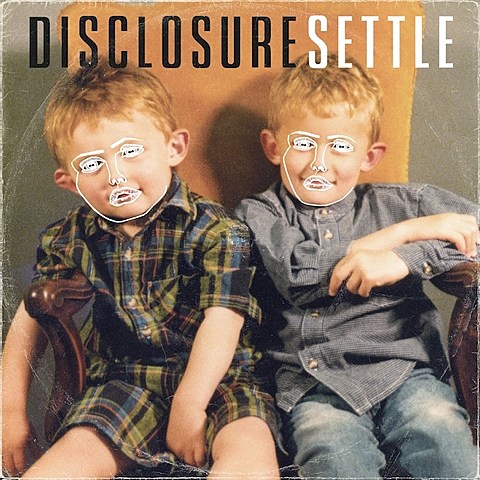 UK duo Disclosure have quickly become one of the most exciting new groups around. They're fresh off an excellent Coachella performance (Jessie Ware included), and also recently made great impressions on NYC and at SXSW. And they've just finally made the announcement we've been waiting for all year: their debut album will be out on June 3. It's called Settle and is being released via PMR Records. They haven't released the tracklist yet but we do know that a new single, "You & Me" with vocals from Eliza Doolittle, will be out on April 28. That's the album artwork above.

We're also assuming (and hoping) that their recent single with AlunaGeorge, "White Noise," will be on there too. Stream that one, along with a video of Disclosure bringing out Jessie Ware at Coachella, below...