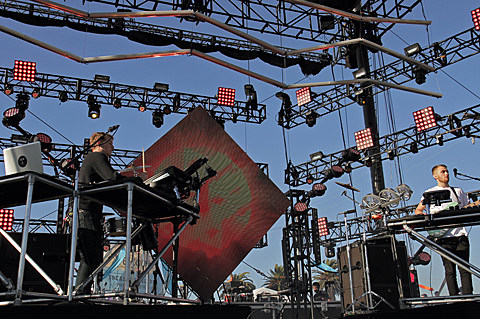 As discussed, Disclosure's 2014 tour brings them to NYC for a three-night run at Terminal 5 from January 17-19 with Vic Mensa and Samo Sound Boy. All three of those shows are sold out, but after the Friday (1/17) show, Disclosure will DJ an afterparty at Webster Hall, and after the Saturday (1/18) show, they'll DJ one at Output. Tickets for the Webster Hall show and tickets for the Output show are on sale now. Both start at 10 PM.

Disclosure also just made a video for their recent single, "Apollo," which will appear on the new Settle remix album (due out 12/17). You can watch that, along with Kaytranada's remix of "January" from the same album, the tracklist, and the updated list of dates, below...