Disclosure in Austin in January (More by Tim Griffin) 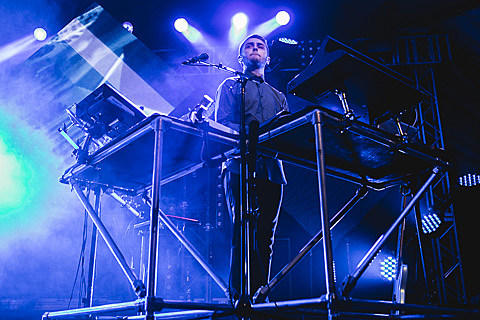 It's probably no surprise that Williamsburg dance club Output is the place to be to get the party started early with all the big breakout UK electronic musicians playing NYC festival Governors Ball. James Blake already announced a DJ night at the venue for June 6 (tickets) and now Disclosure have announced they'll DJ the venue a day earlier (6/5) with Kaytranada and Jubilee, plus Bodhi in the Panther Room. Tickets for that show are on sale now.

Disclosure play GovBall on Saturday, June 7. Tickets for the fest are still available and we're also giving away a pair of VIP tickets.

While Disclosure are in the US this June they also play Bonnaroo and one of their WILD LIFE shows in Chicago.