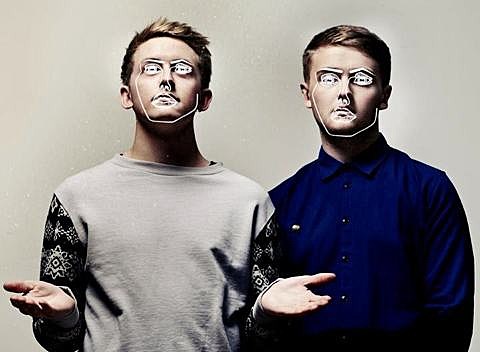 UK bass duo Disclosure, last here in October, will be back in March -- not for SXSW but the 2013 Ultra Music Festival in Miami which takes place over two weekends (3/15 - 17 and 3/22 - 24). The festival also features appearances from Tiësto, David Guetta, Armin van Buuren and Avicii, Hot Chip, Crystal Castles, Calvin Harris, Carl Cox, Fatboy Slim, and more. Disclosure is only playing the first weekend. Full "Phase 1" line-up is below, with more to be announced later.

While in North America, the duo will also make time for two shows in NYC: March 20 at Music Hall of Williamsburg and March 21 at Bowery Ballroom. Tickets to both shows go on sale Friday (1/18) at noon.

Disclosure are currently experiencing success in their home country as single "Latch" is sitting in the UK Top 20. You can stream it below.