Divine Fits in Austin in July (more by Tim Griffin) 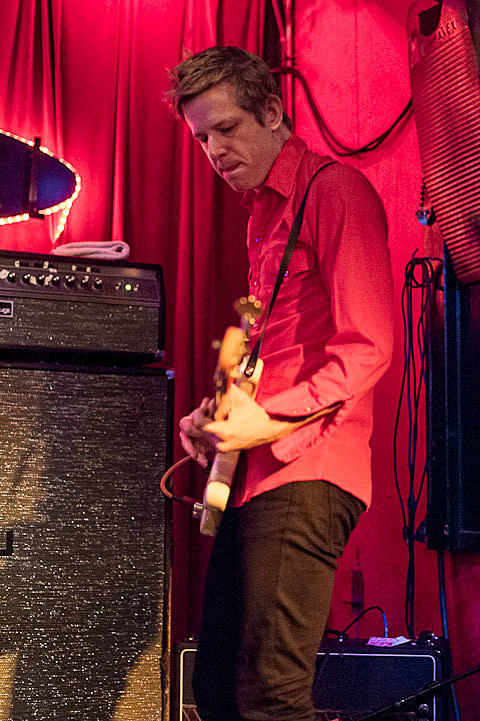 As mentioned, Divine Fits (the new project of Spoon's Britt Daniel, Wolf Parade/Handsome Furs' Dan Boeckner, and New Bomb Turks' Sam Brown) will be touring this year and playing NYC on September 9 at Music Hall of Williamsburg with Sean Bones. That show has long sold out but the band just added another much larger show in NYC which happens on October 21 at Webster Hall with Cold Cave, who will be supporting them for a portion of the upcoming tour. Tickets for that show go on sale Friday (9/7) at noon with an AmEx presale starting Wednesday (9/5) at noon. An updated list of dates is below.

Divine Fits released their debut album, A Thing Called Divine Fits, last week (8/28) via Merge. You can check the album out on Spotify and order it from the Merge webstore. A stream of album track, "Would That Not Be Nice," and a list of updated dates are below.

Meanwhile, Cold Cave have a new line-up featuring London May (Samhain), Hunter Burgan (AFI), Dave Stone (LCD Soundsystem / Melvins), and Cody Votolato (Blood Brothers). The band will head into the studio in November to begin work on the new CC album. There are also a few Cold Cave headlining shows in addition to their dates with Divine Fits and those are listed below.

Divine Fits - "Would That Not Be Nice"