Divine Fits at VICELAND at SXSW 2013 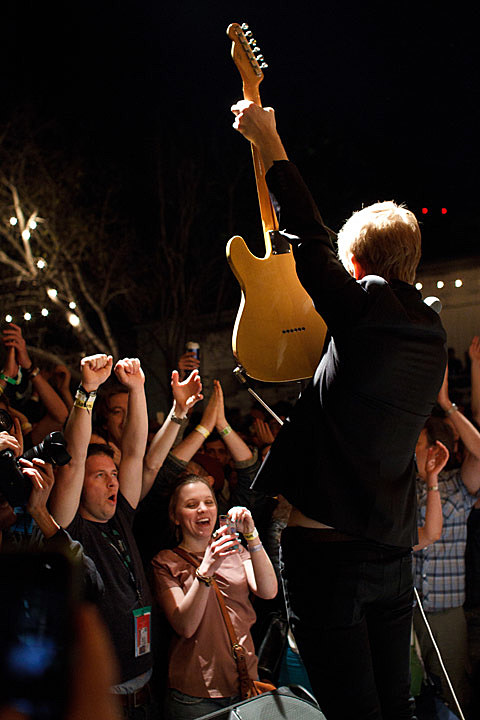 I'll spare you the boring details of my day's worth of delayed flights, but after finally landing in Austin at 10 PM last night (3/12), I darted over to The Jansport Bonfire Sessions @ VICELAND (which, for those of you in Austin, is located on 401 E Cesar Chavez, right across from the Austin Convention Center) and got there a few songs into Wavves' set. Wavves always bring a good time but this was more packed and wild than I'd seen them before. They used the show to preview a lot of their new album, Afraid of Heights, and if you thought King of the Beach had pop punk tendencies, on these new songs it's pretty much full blown 1995-1997 era skate punk. Your feelings on how that genre lives up in 2013 may alter your opinion on the new record, but Wavves do it well.

Up next were Japandroids, who picked up where Wavves left off and made things even wilder. After telling the security guards to leave the stage because they were "sucking the life out of the show," and repeated challenges aimed at the crowd that we weren't going hard enough, the energy level and spirit never stopped rising last night. Because it's SXSW, the set was short, but they included all the choice tracks -- "Fire's Highway," "Young Hearts Spark Fire," "The House That Heaven Built," etc. -- and for a band whose shows are always fun, last night may have been the best I've seen them.

Finally, Spoon/Wolf Parade related supergroup Divine Fits closed out the night. Granted it was almost 1 AM when they started, and their music is less ferocious than the two previous bands, but the crowd did calm down and began to filter out a bit. They did more of Britt Daniel's songs than Dan Boeckner's, and though I'm personally on Team Dan, it was still a solid set all things considered. For a "supergroup" the band have great chemistry on stage, and they're a lot more humble than they're allowed to be given their past projects (which is a good thing).

VICELAND continues tonight with IO Echo, Austra, Merchandise, Icona Pop, and The Joy Formidable. And Divine Fits, Japandroids, and Wavves all have more shows too (click the links for more info). One of Japandroids' next shows is tonight (3/13) with Iggy and the Stooges, The Specials, and Ghostface Killah.

More pictures of Divine Fits' set from last night and Wavves' new video for "Demon To Lean On" below... 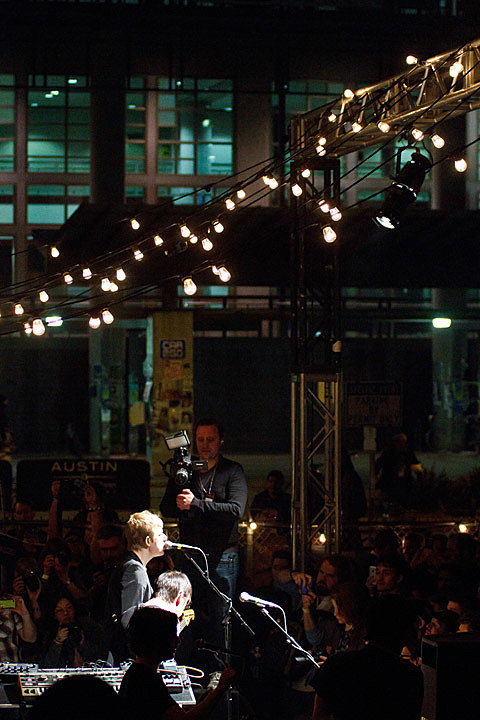 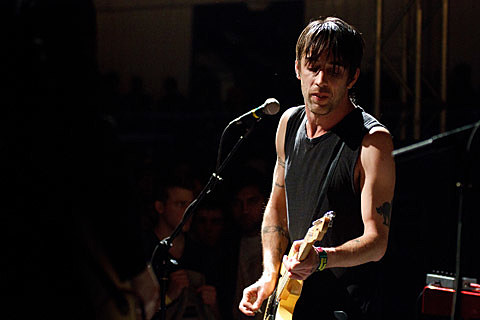 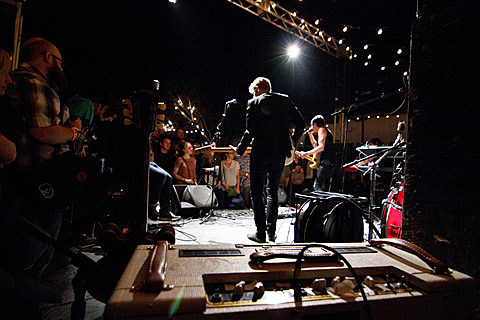 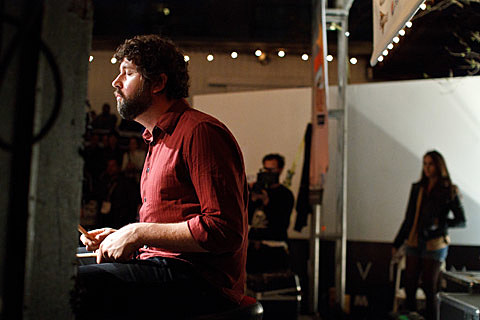 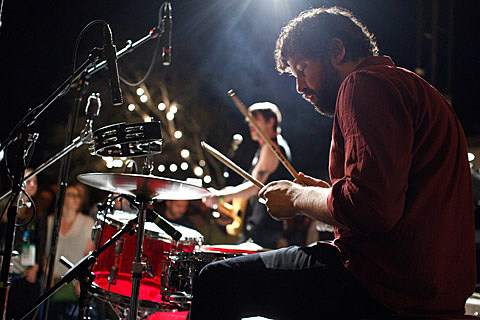 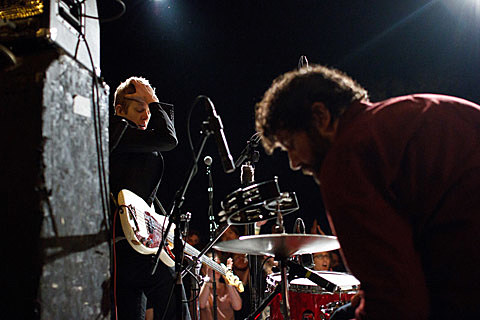 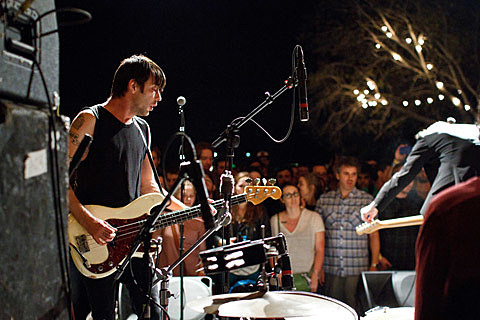 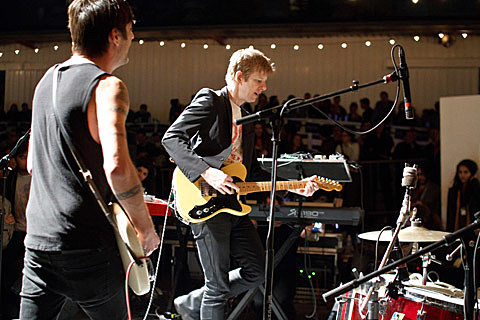 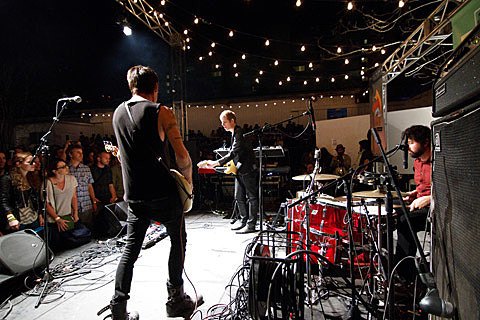 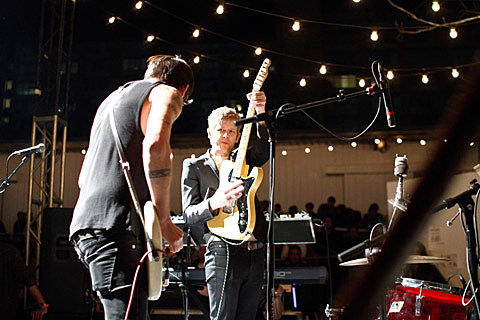 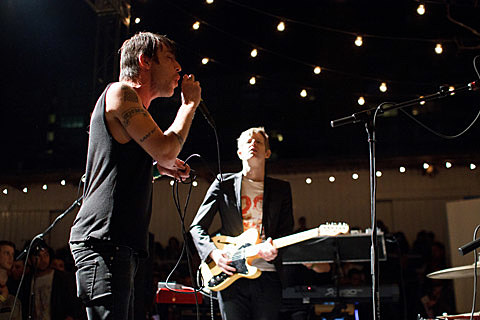 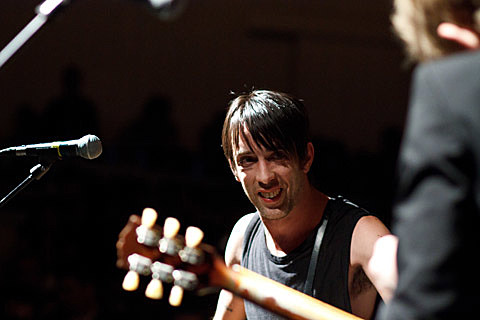 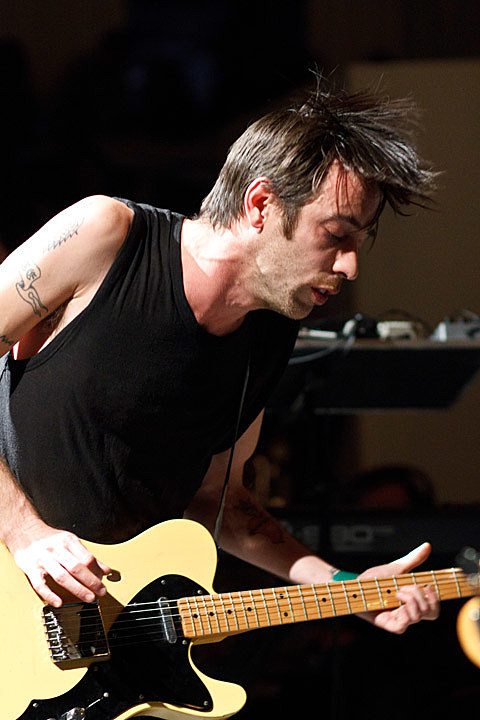 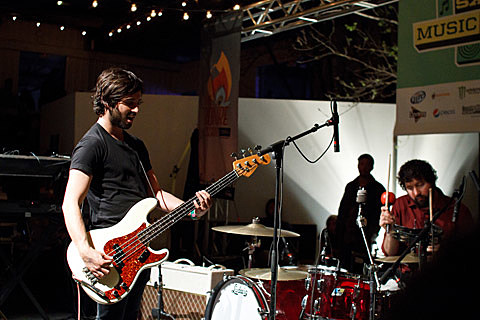 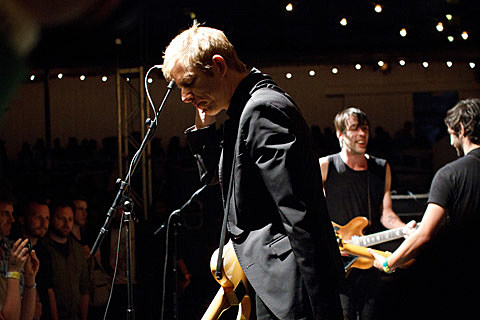 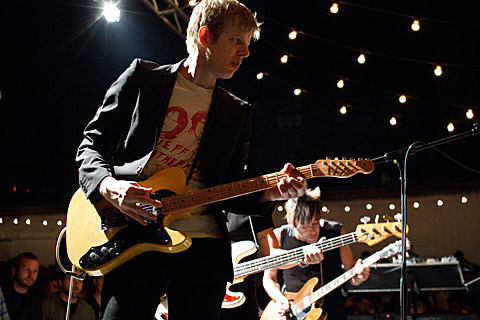 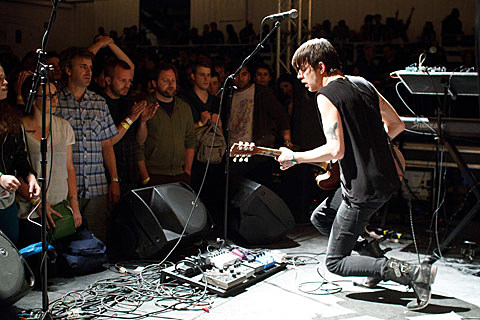 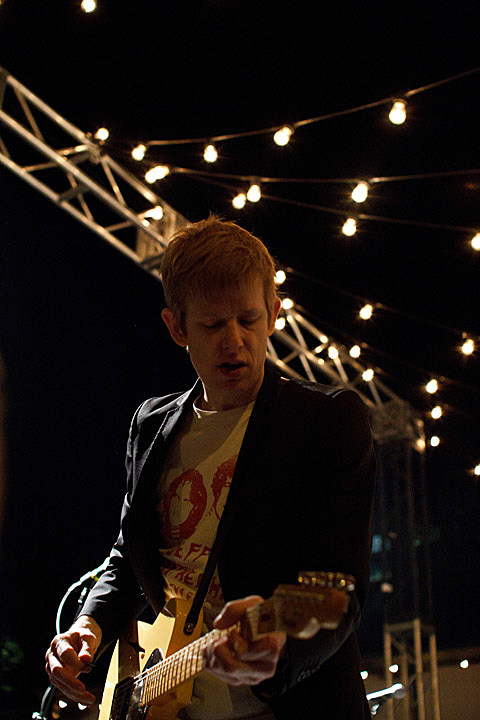