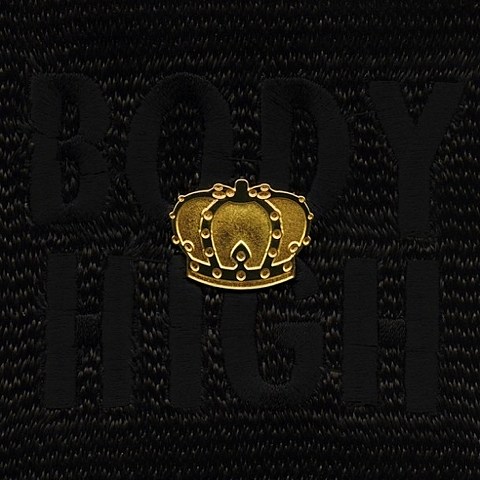 Jerome LOL and Samo Sound Boy teamed up as DJ Dodger Stadium back in 2011 (maybe you caught them at last year's Warm Up), and earlier this month they put out their debut album, Friend of Mine, on LA label Body High. Musically speaking, the album pulls mostly from house, but not in the way Disclosure or their peers have reimagined thumping '90s dance pop, and definitely not in the way the EDM world has embraced the genre. It's an understated take on the types of tracks you'd hear in a Detroit or a Chicago or a NYC club in 1992, but it's fit for the current era where so much dance music has made its way from the club to a pair of headphones.

As much as the album makes you nod your head, the album makes you feel. Many of its songs repeat and toy with a single vocal loop for their entirety, and though that's not a new trend, there's a level of emotion here that makes it more similar to James Blake repeating "My brother and my sister don't speak to me, but I don't blame them" than Daft Punk repeating "Around the world." Album standout "Love Songs" begins with a warped vocal, "Lately I've been singing love songs to myself," that gets progressively clearer as the beat slides in, and by the end is a gorgeous choir. Like Blake's lyric, though it's just one phrase, it continues to take new shape and can be as effective as someone spilling their heart out over pages of lyrics. Watch the video for "Love Songs" with a stream of another album track below. Stream the whole LP on RDIO.

DJ Dodger Stadium will be in NYC TONIGHT (7/25) at Cameo Gallery to celebrate the new album with a release show that will have them playing a live set. Dubbel Dutch and Sage Caswell open. Tickets are on sale now. It's their only announced date at the moment.