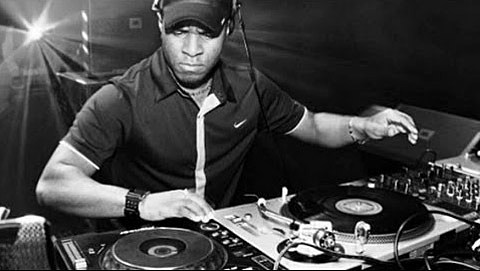 DJ EZ, a titan of UK garage, is coming to the US for the first time. In the beginning of July, DJ EZ will swing into the States for four events over three days. This includes the absolutely stacked bill for Long Island City's Warm Up at MoMA PS1 on July 5 that includes Todd Edwards, Maxmillion Dunbar, Ramona Lisa (aka Chairlift's Caroline Polachek), and J-CUSH (tickets). Later that night, DJ EZ will play another NYC show in Output's Panther Room with Kissy Sell Out. Jamie Jones and David Berrie will be in the main room. Tickets for the Output show are available now.

UPDATE: The initial announcement for the Warm Up show listed Jam City and Champion, though neither are playing and instead it's Ramona Lisa and Maxmillion Dunbar.

DJ EZ has been spinning for over 20 years and has been closely associated with the UK garage scene, releasing a number of mixes including the popular Pure Garage series. Following his July engagements, DJ EZ will return to the US in August. All of his dates, along with a couple videos of DJ EZ in action, below.

Meanwhile, this year's Warm Up season kicks off this weekend (6/28) with a lineup of A/JUS/TED, Dimitri From Paris, Pantha du Prince (live), DJ Spoko and Mumdance. A/JUS/TED made the mix for this week's Warm Up, which premiered today over at Pitchfork (one of the series' presenters). You can stream that mix, with the tracklist, below. 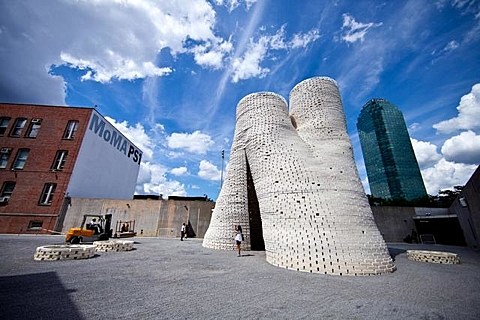 This summer's visual art installation on display in MoMA PS1's courtyard will be "Hy-Fi," the giant towers made from vegetables that we mentioned were coming earlier this year. That's a photo of one above by Katie Sokoler, via Gothamist. Head to their site to see many more, and head to Curbed to see some there too.

In less happy news for Warm Up goers this summer, starting July 25 the G train will terminate at Nassau Ave for 5 weeks. If the G is your usual way of getting to MoMA PS1, you can still take the bus shuttle service running between Nassau and Court Sq or take the 7 to Court Sq or the E to Court Sq/23 St.

List of DJ EZ dates, and all mentioned streams, below...