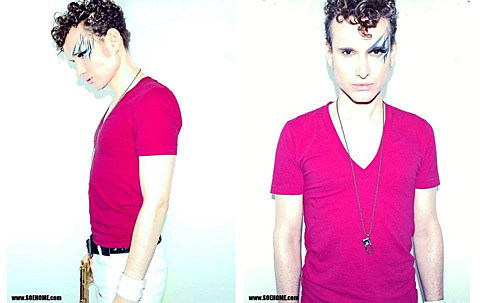 Sad news from the NYC nightlife world: DJ Jess (aka Jess Marquis aka Jesse Immler), who organized, promoted, and DJ'd at parties like TRASH!, Motherfucker, MisShapes, Rated X, Tiswas and more, died earlier this week. From Next Magazine:

"He was always very upbeat and positive, and gave a lot of people their first breaks at Trash," DJ Mikey Pop says. "He literally gave me my first nightlife gig. People start in dive bars or shitty clubs. I started at Webster Hall. I'm forever grateful for that."

The L Magazine and Citysearch.com dubbed Marquis the city's "Best DJ" for three years strong, and Paper Magazine, The Village Voice, The L Magazine, and more have named his events "Best Party."

"His parties were alternative crowds, infused with gay, straight, lesbian, burlesque, male and female go-gos, drag queens, drag kings... He brought literally every walk of nightlife together in one party," Pop continues.

Igor from Driven By Boredom adds:

Jess' legendary party Trash was my favorite party in New York of all time. It was one of the first parties I went to and when it was at Rififi it was as good as any weekly party could ever get. Jess also threw Rated X which was probably the most insanely fun and debaucherous party outside of Motherfucker which of course Jess also DJd. His Thursday night party "in the seedy basement of Lit", NC-17, was one of the best placls to get people naked.

Honestly, now that I think about it Jess' parties are responsible for a massive amount of my sex life.

His parties were also responsible for lots of Last Night's Party and Cobra Snake content. Jess also dabbled in nightlife photography himself, and was in the band We Are Americana. Before that he was in Smiths cover band The Salford Lads, as Andy Shaw points out in another moving tribute.

DJ Jess was also a resident DJ at Webster Hall and did a lot of remix work recently. His last release was a reworked Smashing Pumpkins' "Bullet with Butterfly Wings" which you can stream below.

His last, non-promotional tweet happened on April 6th. Here it is:

Rest in peace, Jess. NYC won't be the same without you.

UPDATE: Jess's life will be celebrated at Webster Hall on 4/16. Flyer for the tribute, below... 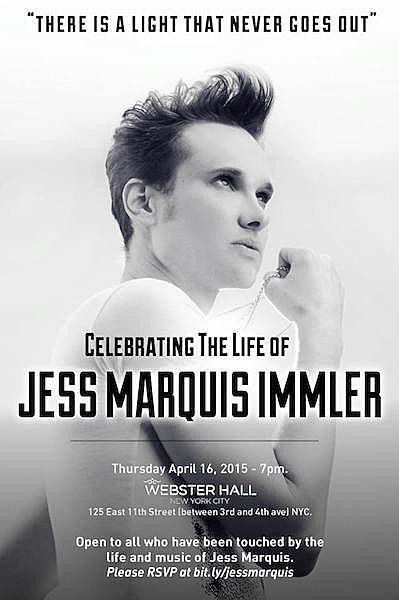