"We lost our brother. No words."- Chromeo 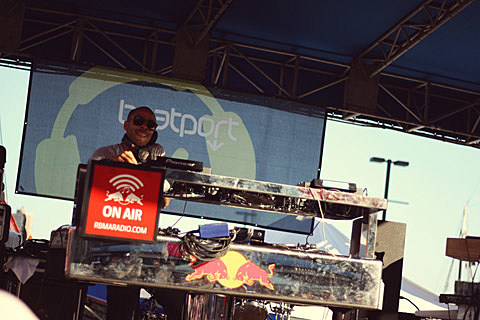 According to reports, French electronic artist DJ Mehdi has died.

Details at this point are extremely scarce, though it has been said that the DJ and producer fell to his death from a mezzanine along with two friends, both of whom have been hospitalized. Paris Social Club posted this message on its Facebook page this afternoon: "Following the death of DJ Mehdi, we have made the exceptional decision to close the club tonight. An evening of silence in honor of the artist. Thank you for not commenting on this status."

Mehdi Favéris-Essadi was born in 1977 in the suburbs of Paris. He got his start as a hip-hop producer, and found his signature sound by combining the style and attitude of hip-hop with elements of electro and house. Arguably his most important break came in 2006 when he released his album Lucky Boy on Ed Banger Records, the Parisian label that would be his home for the rest of his career. Over the years he collaborated with the likes of Daft Punk, Cassius and Chromeo. His most recent project was a collaboration with Riton called Carte Blanche.

DJ Mehdi is survived by his wife, the French model and artist Fafi. Our thoughts are with his friends and family at this time.