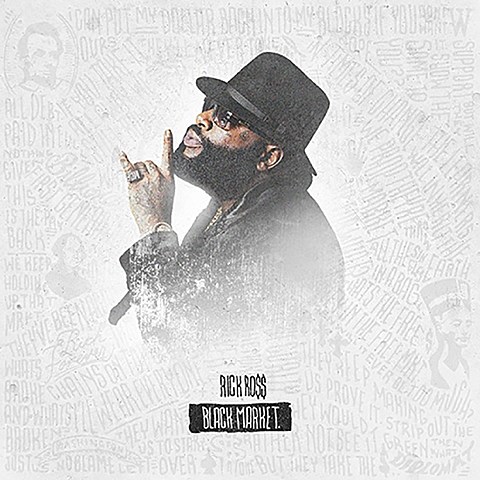 Rick Ross' new album Black Market comes out tonight at midnight, but ahead of that he just let loose of another song, "Peace Sign." It's a slow jam produced by the ever-prevalent DJ Mustard. Listen below.

DJ Mustard has a few dates coming up, including NYC on January 8 at Output. Tickets are on sale now. All dates are listed below.

DJ Mustard is also the subject of new GQ piece titled "DJ Mustard's Reign Is Nowhere Near Over" (true). They talk about the countless producers who rip off his sound ("It used to bother me when I would hear songs that sound like mine, but I don't really care no more"), how he has no plans to do the Dr. Dre/Kanye West thing and become a rapper himself, and how he produced a song we'll be hearing next year that sounds kind of exciting:

At the end of our meeting, he plays a song featuring a young rapper who had a breakout year in 2015. It's set to drop in early 2016, and doesn't sound anything like any DJ Mustard track you've heard before. I don't even remember hearing the "Mustard on the beat" tag. (Though I did only hear it once.) Maybe the best way to describe it is something like trap EDM--really, really dope trap EDM. If I were a low-risk betting man, I'd put my money on this song being a massive hit. When it's over, Mustard smiles and laughs. "This is gonna move!"

Stay tuned to find out what rapper it is. Meanwhile, check out DJ Mustard's tour dates and stream the Rick Ross song below...