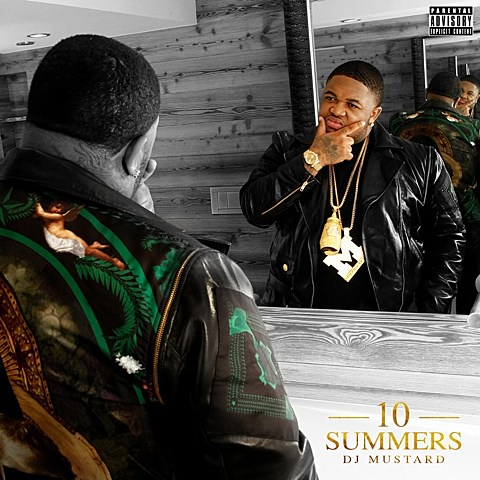 "Mustard on the beat, ho!" You can pretty much turn on rap radio at any time of the day and hear that multiple times -- between producing hits for YG, Ty Dolla $ign, Tinashe, Jeezy, 2 Chainz, Tyga and so many more, DJ Mustard is basically everywhere. And not for nothing, he knows his way around a beat. He also put out his proper debut album this year, 10 Summers, which was produced entirely by Mustard himself and featured contributions from plenty of big names likes YG, Jeezy, 2 Chainz, Lil Wayne, Big Sean, Ty Dolla $ign, Nipsey Hussle, Iamsu!, Rick Ross, Wiz Khalifa, Fabolous, Dom Kennedy, Lil Boosie and more. You can preview the album and download it for cheap ($3.99) over at Google Play, and check out the video for the Ty Dolla $ign/2 Chainz-featuring "Down On Me" below.

DJ Mustard has a few shows coming up, including NYC TONIGHT (11/19) at Output with Nadus, Austin Millz and Jasonscott. Will any of his many collaborators show up? Tickets for tonight's show are available.

All dates (including the February Holy Ship! 2015) are listed, with that video, below...