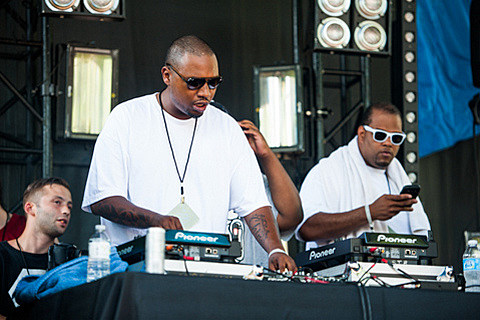 Production wizard DJ Rashad is heading down to Austin for SXSW this week, where he'll play multiple shows, including the Warp showcase, the SPIN party at House of Vans, a Pitchfork day party and more. After that he'll head north, and will stop off in NYC for a show on Saturday (3/15) at Cameo with his Hyperdub labelmate Ikonika. Also on that bill is Doctor Jeep and tickets are on sale now. Show flyer and the list of all tour dates below.

Ikonika, who is over from London, also plays a few SXSW shows, including the Surefire Boat Party with Rashad today (3/11). She recently released the "Beach Mode" single, which features guest vocals from another Hyperdub artist, Jessy Lanza, who also plays SXSW including the free BrooklynVegan Friday party. Stream that song, plus a Rashad stream and the lists of dates for both, below...

DJ Rashad - "Every Day of My Life" 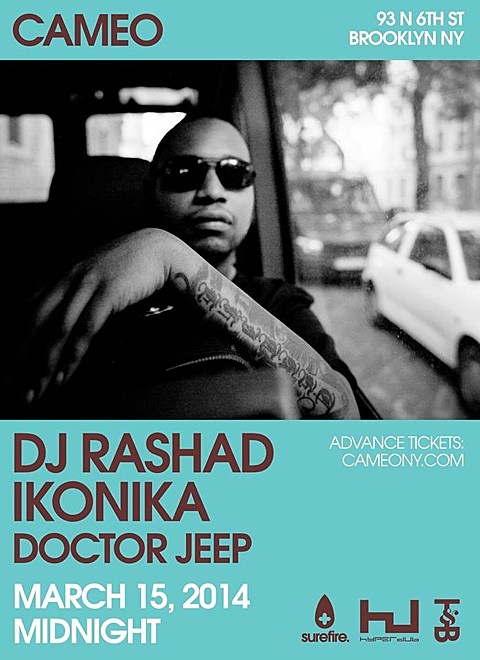