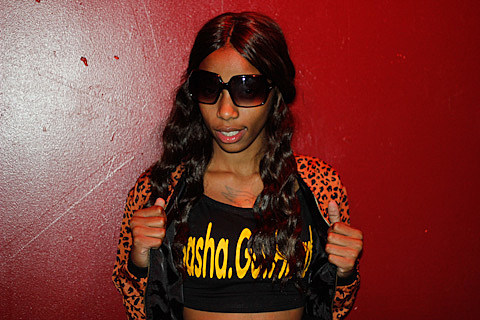 You already know that Merchandise, Tonstartssbandht, Blanche Blanche Blanche, and "speciial guests" are playing 285 Kent on New Year's Eve (tickets) and that Titus Andronicus is playing next door at Glasslands (tickets). If you're headed to either of those shows to ring in the new year, and you're looking for some convenient after party plans once it turns 2013, stick around because footwork master DJ Rashadis DJing back to back with collaborator DJ Manny, fellow Chicagoan Sasha Go Hard (who first came to NYC in September and then played 285 Kent during CMJ), secret Body High guest, J-Cush, and Durban will be going all night at 285 Kent (doors: 1 AM). Tickets for that show are on sale now.

Rashad and Manny recently posted a clip of a new song with two of their other collaborators, DJ Spinn and DJ Kidd, along with the message, "COMING SOON TEKLIFE 2013 SHIT!!!!!" You can stream that song below.

Also below is a stream of "Where Have You Been?," a track Sasha Go Hard recently cut with Freddie GIbbs for Freddie's upcoming project, East Side Slim (via FakeShoreDrive).

Freddie Gibbs ft. Sasha Go Hard - "Where Have You Been?"