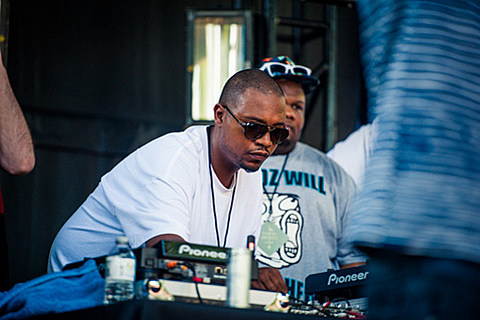 After hours of rumors circulating on Twitter, the Chicago Tribune confirms what we didn't want to hear...

Chicago police are conducting an investigation after a friend found Harden's body in an apartment on the 2100 block of West 21st Street, said Hector Alfaro, a news affairs officer at the Chicago Police Department.

Police said that Harden died of a suspected drug overdose. Narcotics and drug paraphernalia were allegedly found near his body, they said. The Cook County medical examiner's office said he was pronounced dead at the scene at 1:50 p.m. An autopsy is slated for Sunday, according to the office.

DJ Rashad was scheduled to play the Pitchfork Fest again in 2014. He was just in NYC for a show at Cameo after a trip to SXSW.