"I am sorry 2 say that on this day at 2:05 Sept 19th we lost another incredible life...Dj Roc Raida died 2day my personal Dj is gone..." -Busta Rhymes

"I feel fortunate to have been able to catch this great man on the tables many times. He is one of a select few who defined the term 'turntablism'" - Black Bubblegum 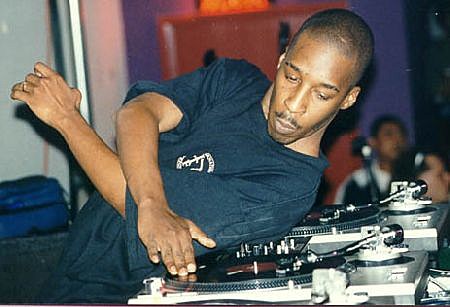 he passed today. Was a NYC staple for countless years. He'll be seriously missed. Was a very good guy and always put together great events throughout the city. [Thanksgiving Brown]

Literally one of the single greatest trick DJs of all time, Roc Raida of the legendary X-ecutioners, has passed away. Last week it was being reported that Roc was "admited to the hospital after being involved in a car accident that left him with serious injuries", but today AllHipHop says,

..a representative for the DJ, [said] "Family and friends will miss him dearly. Please give the family their privacy."

The source refused to give details of his illness or injury, or even the cause of Roc Raida's death, but did state that previous reports of an injury during karate class or a car accident were inaccurate.

The rep confirmed that Roc Raida was hospitalized last week, but would only state that the DJ's death was totally "unexpected."

That was quickly followed by an article at Baller Status that says something slightly different:

"Raida was recently in an mixed martial arts accident, something that he has been practicing for several years," a statement from his family read. "Although he had under gone two surgeries with great success, he was released to an inpatient physical therapy facility and was in great spirits the past few days. This morning he started to have complications and passed. The family asks for privacy at this time."

One of his recent NYC performances took place July 23rd in Crotona Park in the Bronx. In August he toured Canada with Busta Rhymes. Video from the show they played at the Metropolis in Montreal, and more, below...

Roc Raida started DJing hip-hop at the age of ten with his father's help. From there he's gone on to found one of the most prolific turntablist crews the world has yet to see, with partners Mista Sinista, Rob Swift, and Total Eclipse. Collecting championship titles and awards across the world, he's brought an art form back that may well have been slowly motioned to obscurity, creating excitement by injecting pure passion into his mixes. [All Music]