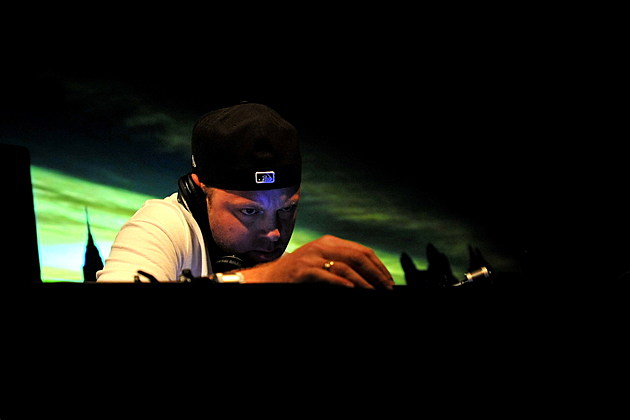 While his tour with Cut Chemist is over, legendary producer DJ Shadow remains busy. His new Liquid Amber imprint just put out Bleep Bloop's new EP 10 Watt Lazer, the label's first release from anyone other than its founder. Bleep Bloop works along the same hip-hop grounded blueprint as Shadow, but his tracks tend to gaze more into the future than the past for inspiration. Says Shadow himself:

This is the first Liquid Amber release by an artist other than myself, so it's an exciting and challenging phase of the process. I'm learning something new daily, and that's rewarding. With Aaron's music, it's not hard for me to be motivated to work on his behalf. He's one of the artists pushing boundaries, and that's a cause I'll always get behind.

Check out the entire spacey Bleep Bloop EP below.

In other news, DJ Shadow is one of the artists featured on the limited edition 59-song re-release of the soundtrack to this year's Grand Theft Auto V. That features the game's original score -- by Tangerine Dream, Woody Jackson, The Alchemist + Oh No --  as mixed by DJ Shadow, as well cuts from the soundtrack featuring original music from Flying Lotus, A$AP Rocky, Tyler, The Creator, Twin Shadow, Wavves, Yeasayer, as well as classics from the various radio stations you can listen to in the game. 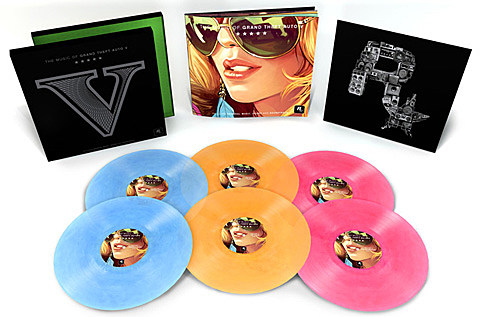 The soundtrack is out now in both three-disc CD and a massive six-LP vinyl sets in collaboration with Nas' Mass Appeal Records.

And lastly, DJ Shadow's "Building Steam With A Grain Of Salt," from his classic 1996 album Endtroducing, is featured in a new commercial for the new Chevy Malibu, with a pitchman's voiceover replacing the myth-making spoken word of the original track (sad?). Check out the commercial and Bleep Bloop's EP below...