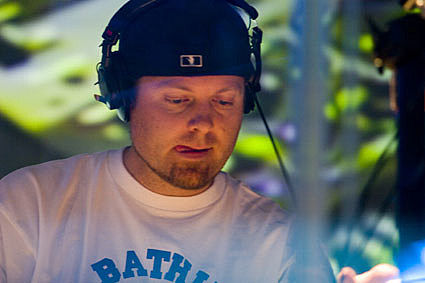 DJ Shadow has a new 12"/digital release that will serve as a prelude to the producer's 2011 LP. The release, which contains two songs, "Def Surrounds Us" and "I've Been Trying", was pressed on a very limited number of 12-inch only releases, and is currently on sale as a "digital single" at the DJ Shadow Webshop and iTunes. Keep a look out for that 12" though, it features original artwork by hand-drawn by Josh Davis (Shadow) and is available at "selected stores in the UK and US".

In addition, DJ Shadow is prepping to return to NYC to play Irving Plaza on 11/15. Tickets go on Live Nation Presale on 9/30 at 10AM and ending at 10PM, with regular sale blasting off at noon the next day (10/1). The show is one of a few US tour dates trickling out for the evil genius so far, all which (that are known) are below along with some video.