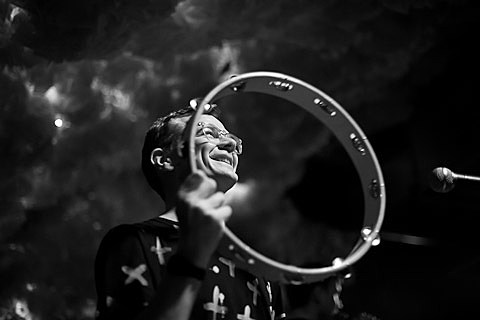 Django Django were a genuine hit at their first-ever U.S performance Saturday night at Glasslands. It reminded me of seeing Hot Chip at Bowery Ballroom in 2006, and not just because they're somewhat nerdy guys making dance music. Their album is only out digitally in the U.S. and while I knew *I* really liked them, but didn't realize so many others did too. Glasslands was packed to the wazoo and people were dancing like mad -- and not just to singles "Waveforms" and "Default." "We just finished our first European tour and nobody danced this much!" admitted singer/guitarist Vincent Neff who, along with the rest of the group, seemed genuinely taken aback by their reception. It was one of those nights where the band and audience fed off each other's energy, making for a very, very enjoyable evening.

A little more of a rock band live than on record, Django Django nonetheless brought the invention of their debut to the stage with lots of percussion, including maracas, coconut shells and the biggest tambourine I've ever seen. Opening with "Hail Bop," the band played almost their entire LP, save for "Zumm" and the ethereal "Hand of Man." Best moments for me were Duane Eddy-ish "Life's a Beach" and "WOR," show-closer "Waveforms," stomping new single "Storm" (which photographers Jessica Amaya and Dominick Mastrangelo shot great video of, below) and, surprisingly, the instrumental "Cairo" which is a bit of a novelty on record but became a wonder of intstrument switching and additional percussion live.

If you missed it, Django Django play again tonight at Santos, a show BrooklynVegan is presenting with Neon Gold and Popgun that also features Charli XCX and Clock Opera. We're giving away tickets too and there's still time to win. Django Django will then head to Austin for SXSW, so if you're going you should definitely make an effort to see them.

Subbing for a Visa-issue-beleagured Kwes was D. Gookin, whose music reminds me of a LEN for the Laptop Whatever generation. He needs to try a little harder with the live show (or move into the producer/writer mode for others) but his reggae-tinged songs are pop hook delivery devices and I ended up liking it. Kwes, meanwhile, has sorted out his problems at the border and rescheduled his Glasslands show for next Monday (3/19).

Pictures and video of Django Django, and photos of D.Gookin are after the jump... 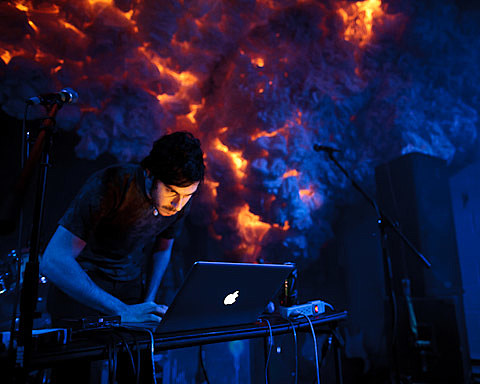 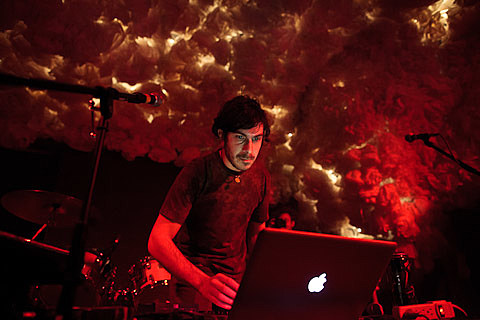 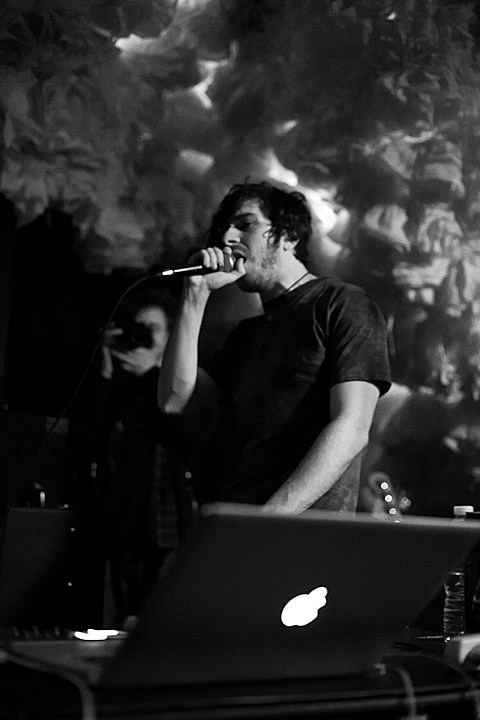 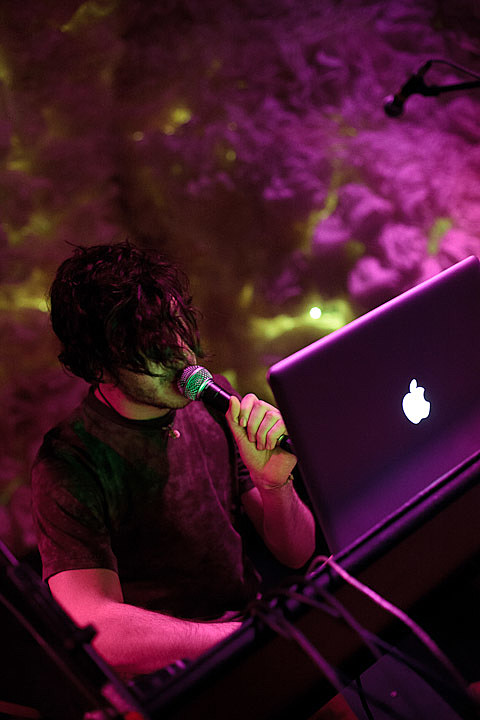 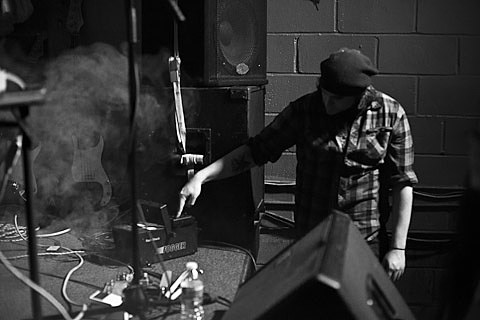 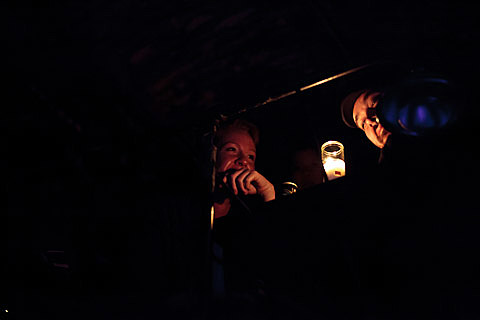 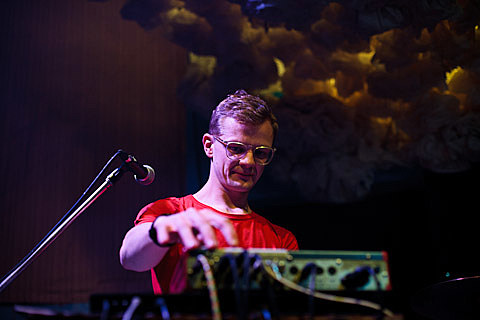 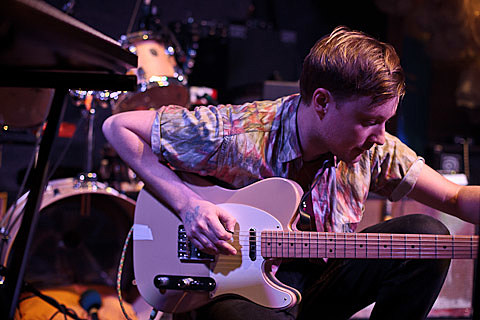 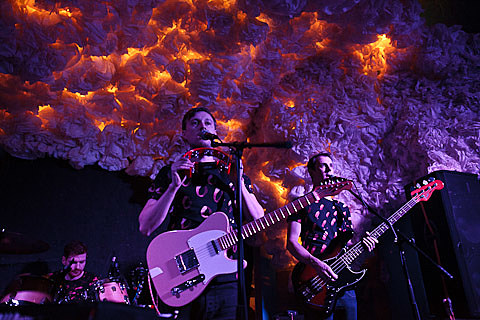 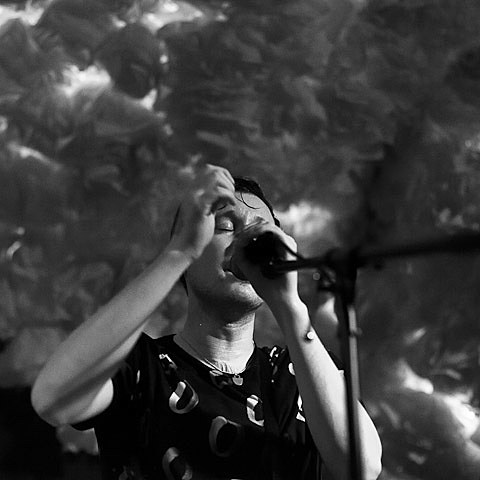 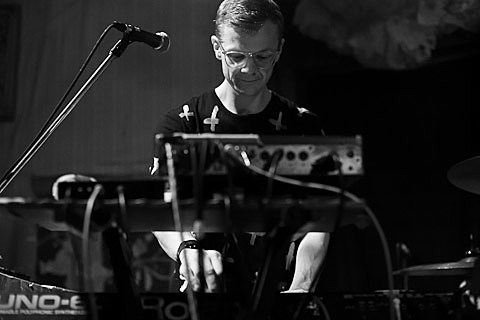 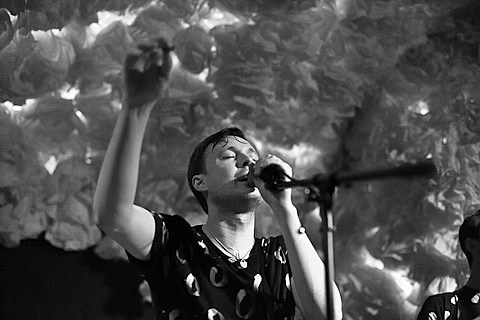 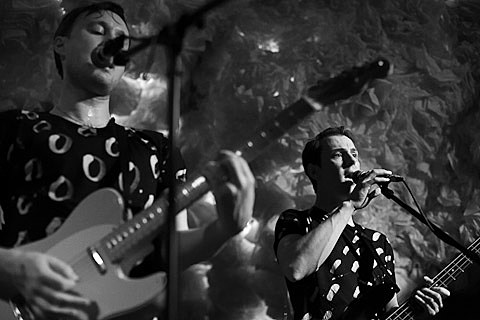 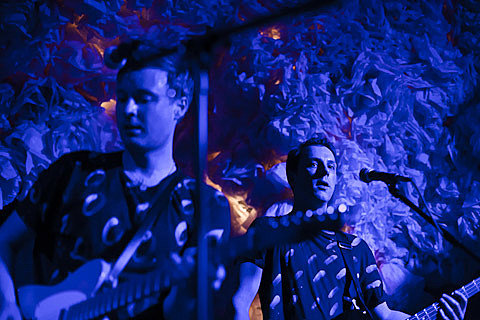 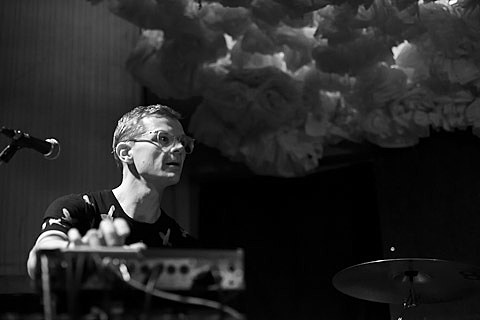 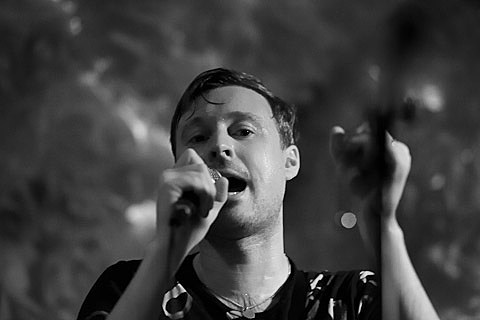 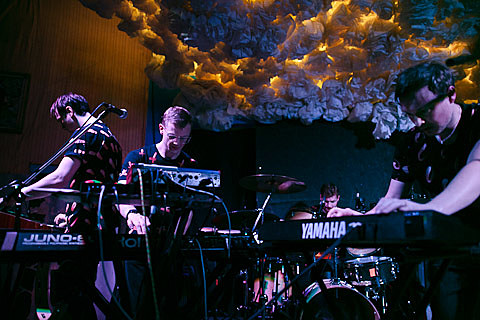 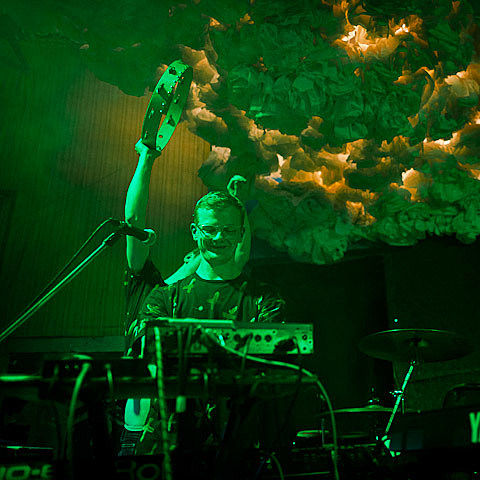 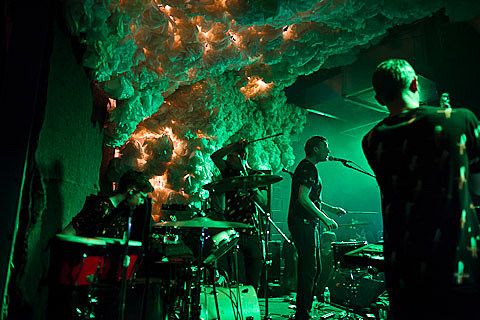 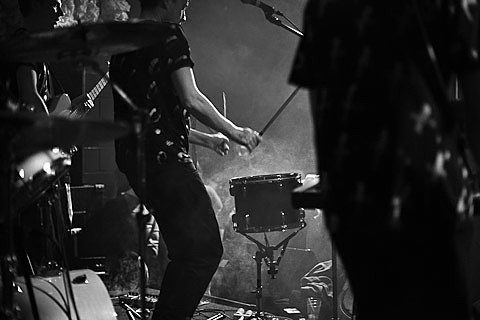 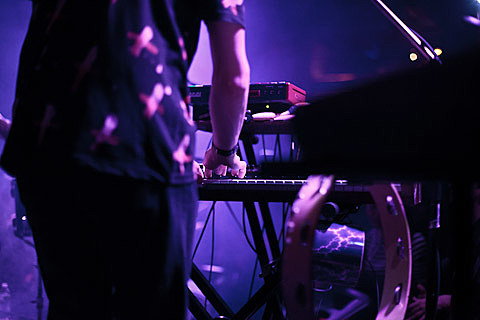 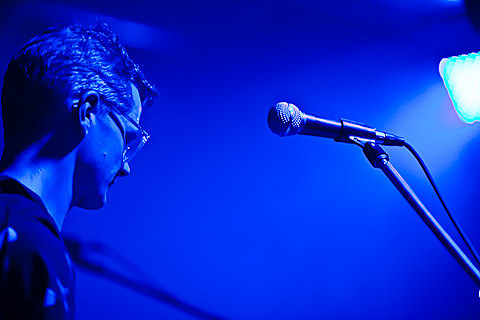 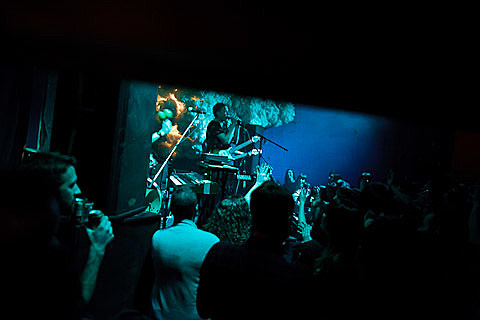 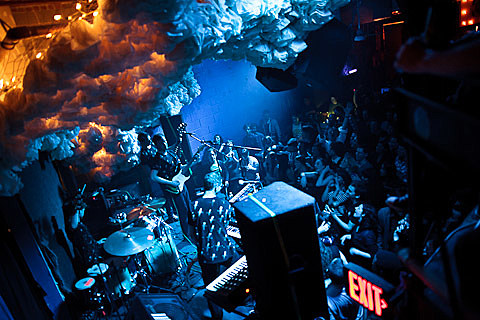 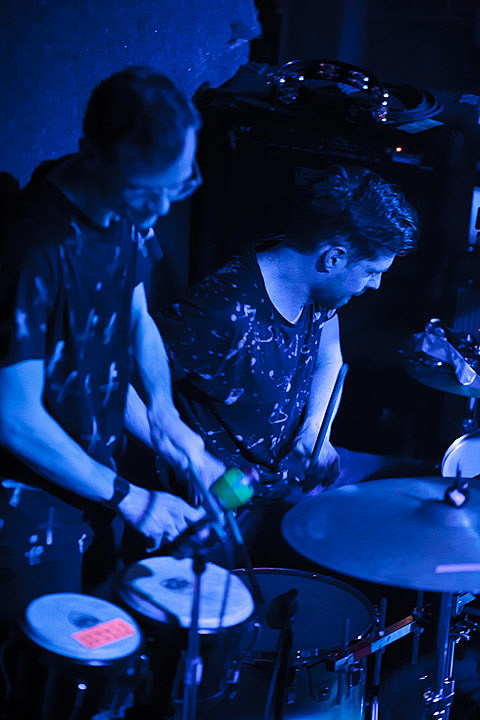 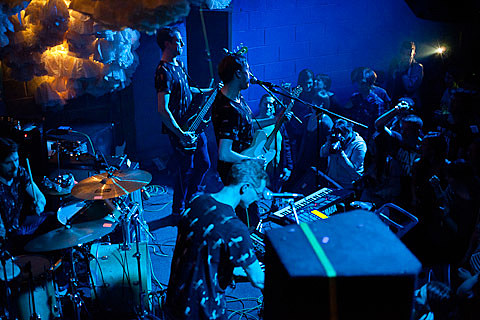 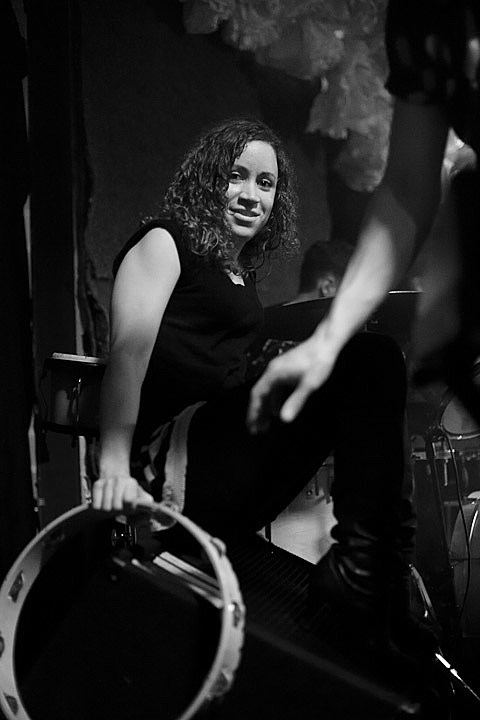 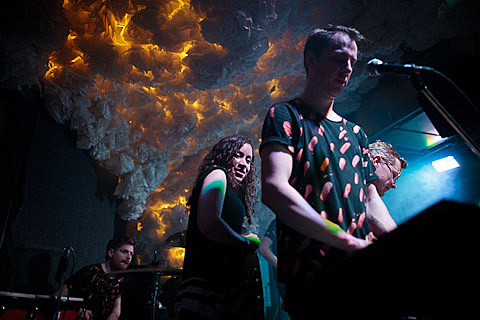 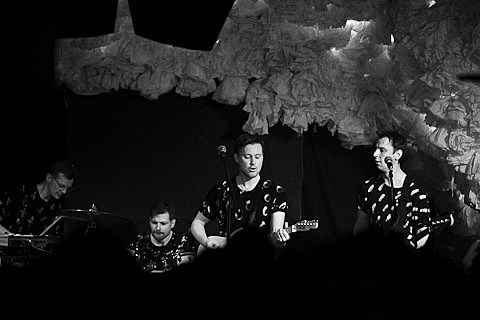