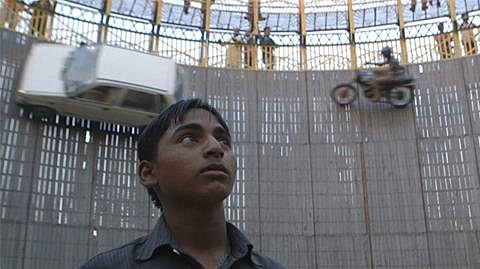 As mentioned, Django Django's current North American tour just swung through NYC, riding on the success of last year's self-titled debut. The band will make their U.S. late night television debut on March 26 on The Tonight Show with Jay Leno.

Meanwhile, the band have just released another video from that album for the track "WOR." The video, produced by the folks at NOISEY, is a little different in that it serves as a short documentary about the infamous, ballsy Indian Well of Death riders in Allahabad. Do their mothers know what they're doing? You can watch it below.