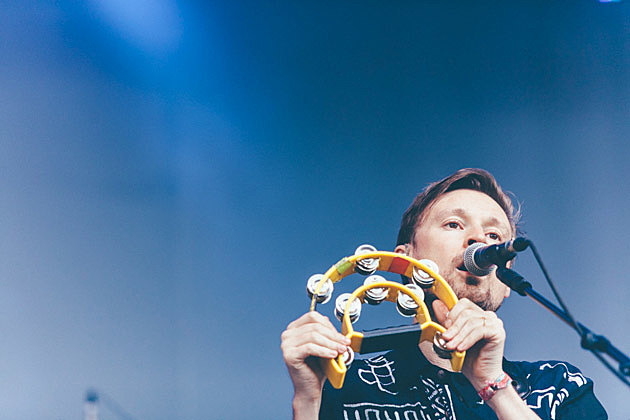 Django Django will be on tour starting later this month, including a stop in NYC as part of the 2015 Brooklyn Electronic Music Festival. Their set happens at Verboten on November 7. Though Verboten doesn't do a lot of more traditional band shows, this is a regular Django Django show if you were wondering. Tickets are on sale now. All dates are listed below.

The band are releasing "Pause Repeat" as the next single from this year's Born Under Saturn, complete with some remixes, including "A JD Twitch Optimo Mix" which makes its premiere in this post. Where the original version has an almost early-'90s Madchester vibe to it, here it goes all rubbery in the knees. You can listen it it, and the Debruit remix, below...