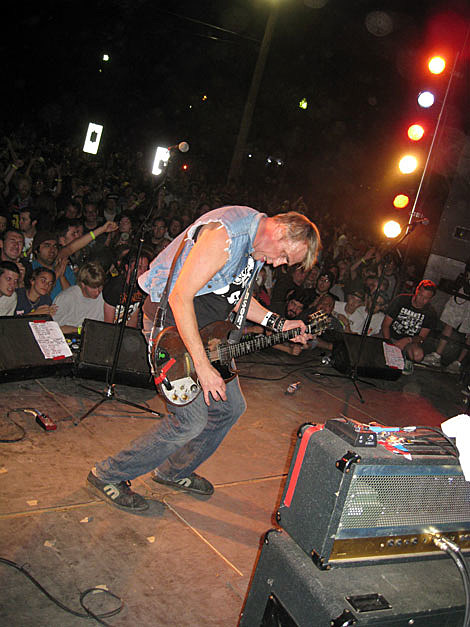 This past Fun Fun Fun Fest weekend was filled with artists you might categorize as living hardcore and punk legends. There was the Dead Milkmen, Killdozer, Rival Schools (members), Bad Brains, Kevin (7) Seconds, All, and Cro-Mags, and there was D.O.A....

They are often referred to as the "founders" of hardcore punk, along with Black Flag, Bad Brains, and Minor Threat. Their second album Hardcore '81 was thought by many to have been the first actual reference to the second wave of the American punk sound hardcore. Singer/guitarist Joey "Shithead" Keithley is the only founding member to have stayed in the band throughout its entire history, however original bassist Randy Rampage has rejoined DOA after a long absence and is in the current lineup. [Wikipedia]

I haven't felt this nostalgic and excited about punk again since CBGB's closed. D.O.A. were pretty awesome. Check out some clips below, along with a few more pictures including one of the setlist... 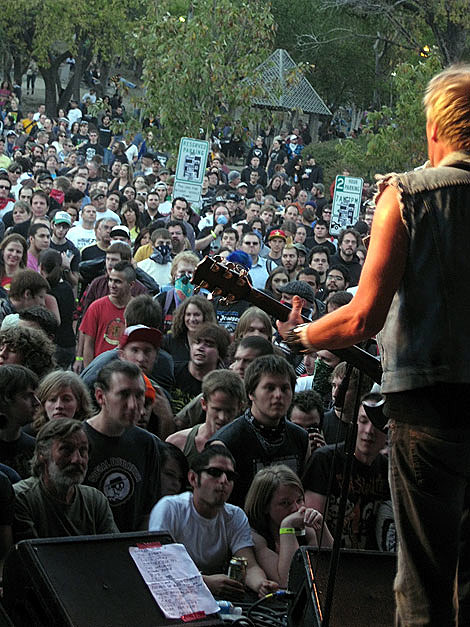 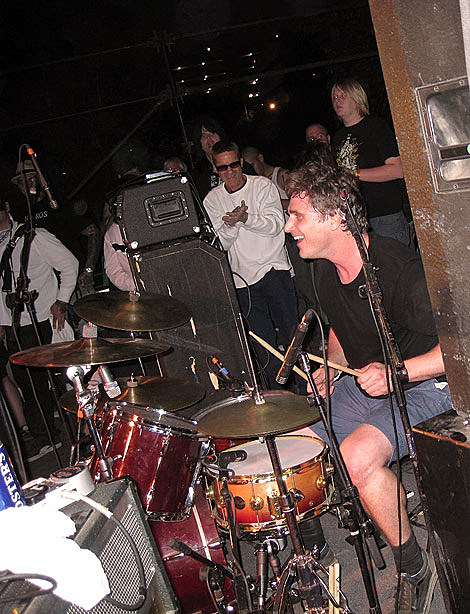 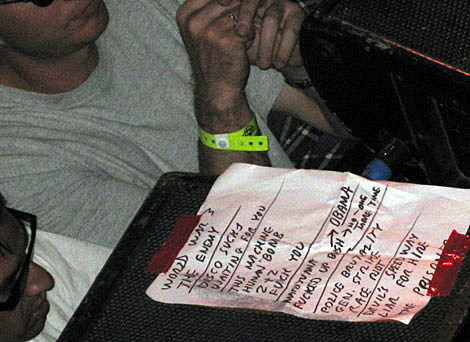