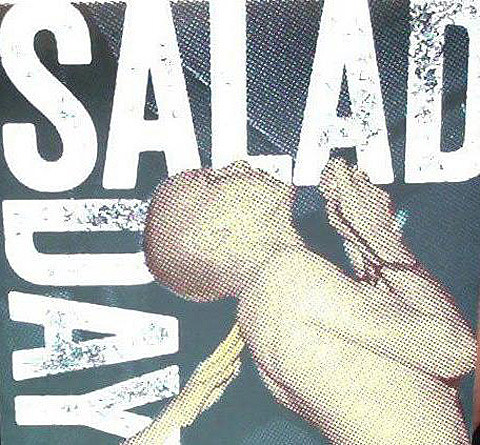 The Pulp documentary is far from the only music film showing in NYC this month. Film festival DOC NYC runs November 13 - 20 with a wide variety of non-fiction films. Like last year, this also includes the "Sonic Cinema" music documentary program, which includes the world premiere of Salad Days: A Decade of Punk in Washington, DC 1980-1990 (SVA Theatre, Fri. 11/14); Elliott Smith portrait Heaven Adores You (SVA Theatre, 11/15 & 11/20); and Jingle Bell Rocks! (Bow Tie Chelsea Cinemas, 11/19) which looks at people obsessed with Christmas music. Tickets are on sale (some shows sold out but rush tickets available) and the full "Sonic Cinema" lineup/details are below.

Not part of "Sonic Cinema," but DOC NYC is also hosting a 10th Anniversary screening of Metallica: Some Kind of Monster at IFC Center on Saturday (11/15, 11:15 AM) with director Joe Berlinger in attendance. Other non-music but notable films show at DOC NYC include Banksy Does New York, a look at the man in the Muppet suit I Am Big Bird, a 20th anniversary screening of Hoop Dreams and lots more. Full schedule is here.

"Sonic Cinema" lineup and trailers for all the films, plus contest details, below...

SALAD DAYS: A DECADE OF PUNK IN WASHINGTON, DC (1980-1990) (WORLD PREMIERE)
9:30 PM, Fri Nov 14 | SVA Theatre
As a teenager in the 1980s, Scott Crawford began a fanzine documenting the explosion of a distinctive brand of hardcore punk music in Washington, DC, exemplified by bands like Minor Threat, Bad Brains and Fugazi. Drawing from his own immersion in that world, and featuring a who's who of musicians, label owners, photographers and writers, Salad Days explores the development and evolution of the DC punk scene, and how it shaped independent music and popular culture in the decade that followed.

HEAVEN ADORES YOU (NYC PREMIERE)
9:30 PM, Sat Nov 15 | SVA Theatre
9:30 PM, Thu Nov 20 | SVA Theatre
Elliott Smith was unexpectedly thrust into the mainstream spotlight when his song "Miss Misery" was nominated for an Oscar in 1998. He died just five years later, at the age of 34. Structured as both an expansive overview of the singer/songwriter's life and as an elegiac city symphony focused on the influence of Portland, New York City and Los Angeles on his music, Nickolas Rossi's film is an artful tribute to a talent cut too short.

BÉLA FLECK: HOW TO WRITE A BANJO CONCERTO (NYC PREMIERE)
7:15 PM, Thu Nov 20 | IFC Center
Commissioned to create a first-of-its-kind concerto for the banjo and an 80-piece symphony orchestra, virtuoso musician Béla Fleck faces an intensely personal challenge of collaboration and composition. Named after classical composers, can he live up to the legacy of his namesakes? Directed by Fleck and his brother Sascha Paladino, working together again after Throw Down Your Heart, this intimate film traces his creative process from first note to the premiere concert performance one year later.