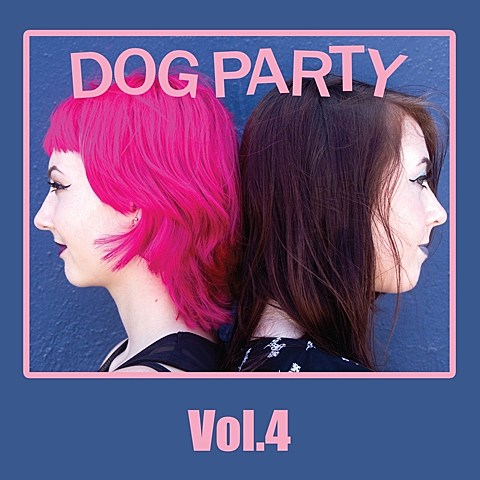 Teenage Sacramento garage/pop punk duo Dog Party will follow 2013's Lost Control with a new album called Vol. 4 on June 16 via Asian Man/Burger Records (pre-order). So far they've released two of its songs, "Sapphires" and "Peanut Butter Dream," and we've got the premiere of a third, "I Can't Believe That You're Real," which is a cover of fellow Sacramento band Agent Ribbons. If you dig Upset, Colleen Green, The Muffs, or like, the Ramones, Dog Party should be right up your alley. Check out the new songs below.

Dog Party are also touring this month, but only on the west coast. Let's hope they make it over to NYC soon too. All dates are listed below.

Dog Party - "I Can't Believe That You're Real"