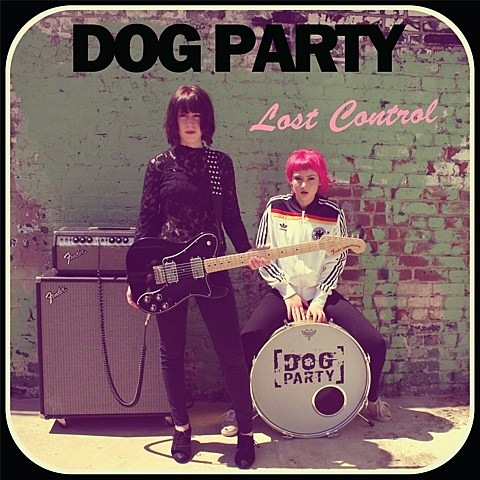 Dog Party is the Sacramento, CA pop punk duo of Gwendolyn (age 17) and Lucy (age 15) Giles, who may be young but display a love of classic punk like the Ramones and the stripped down melodic rockers that came in their wake like The Queers and The Muffs. Back in the spring, they signed to Asian Man (Joyce Manor, Kevin Seconds), and they just released their first full length for the label, Lost Control. Similarly to the recent Night Birds album, it could be mistaken for a lost '90s punk record, but it lives up to its influences, and does them justice. You can listen to the album in its entirety below.

Dog Party's only upcoming dates at the moment are on the west coast. All of those are listed, along with the album stream, below...