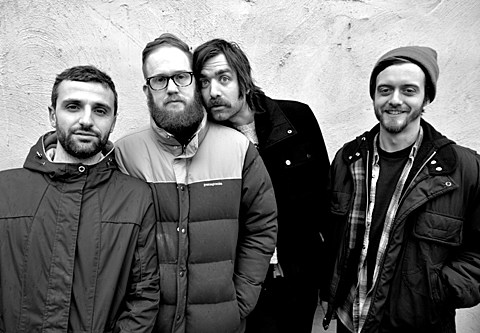 Dogs On Acid, the new-ish band with former Algernon Cadwallader members Peter Helmis, Nick Tazza and Joe Reinhart (also now of Hop Along) and former Snowing/Street Smart Cyclist/Glocca Morra member Nate Dionne, are currently prepping their debut album for Jade Tree, but in the meantime they're offering up a cover of The Who's 1966 classic "Substitute." It's a pretty straightforward take on it, but they give it their '90s-punk-inspired twist. Check it out -- it premieres below.

The song will appear on the upcoming Teenagers In Love compilation that comes out digitally on April 14 via Known Pleasure Records.

Dogs On Acid have a few upcoming shows (including Philly tonight, 4/1), which are all listed below. But unfortunately none in NYC. However, Joe will be here for two shows in May on Hop Along's tour, and Nate will be here that same month on the final Glocca Morra tour (with Greys and LVL UP).