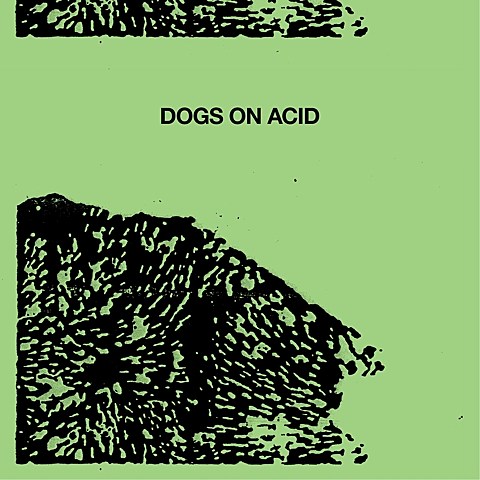 We first became aware that members of the now-defunct Algernon Cadwallader formed the new band Dogs on Acid back in 2013 when they opened for Joyce Manor. Now we've finally gotten music from the band, whose lineup includes Peter Helmis, Joe Reinhart (also a sometimes-member of Hop Along) and Nick Tazza of Algernon, plus Nate Dionne of the now-defunct Snowing. The band put out a two-song single, "Make It Easy" / "Waiting For You To Come Home," via Ranch which you can download (name your price) at bandcamp and stream in this post. If you're looking for more of Algernon and Snowing's math rock-inflicted emo, you won't find that here. Dogs on Acid instead channel punk-fueled indie rock which is more '90s Merge than '90s Jade Tree. Check out the two songs below.

Another post-Snowing band Slow Warm Death hasn't been very active lately, but members of that band are keeping busy in The Beds and White Pisces. The Beds recently put out an EP of noisy hardcore (also on Ranch), and White Pisces' most recent album came out last year. You can stream both below. SWD aren't done for good though. They've got a Pennsylvania show coming up on September 5 with Literature.

And one list related bit, Hop Along will soon head out on tour with mewithoutYou (playing Catch for Us the Foxes in full) and The Appleseed Cast. That tour hits NYC on October 16 at Irving Plaza. Tickets for that show are still available.

Dogs On Acid, The Beds and White Pisces streams below...