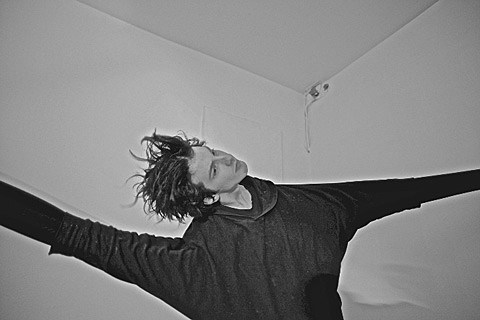 Doldrums have shared a second song from his terrific new album, The Air Conditioned Nightmare, which is out April 7 via Sub Pop. Like first single "Hotfoot," "My Friend Simjen" owes a little to '90s electronica, and this one would probably sound right at home next to Underworld's "Born Slippy." You can listen (via Fader) below.

Right after the new LP's release, Doldrums will head out on tour and, like last time, Airick Woodhead will be touring with brother Daniel's band Moon King (who double as members of Doldrums live band). NYC gets two shows: Mercury Lounge on April 17 and Baby's All Right on April 18. Tickets for Mercury Lounge are on AmEx presale now with the general on-sale starting Friday (2/13) at noon; tickets to Baby's All Right go on sale Friday at 10 AM.

Moon King, meanwhile, have released another track from their new album, Secret Life, which is out April 14. "Apocalypse" starts off purposefully tinny before exploding into overdriven shoegaze. Listen, alongside the tour dates, below.