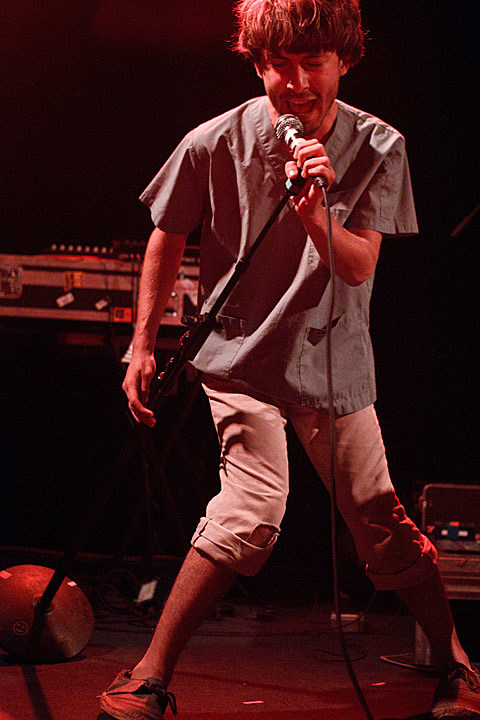 Airick Woodhead has come a long in the last 12 months with Doldrums, having started as a one-man elecronics project and quickly expanding it into an actual band that gained more form as the months went on. By the time CMJ rolled around, Doldrums was a fully realized endeavor on stage and one of the more entertaining sets I saw that week. As mentioned before, Doldrums' debut album, Lesser Evil, will be out February 26 on Montreal label Arbutus Records. It's a terrific record that I think is gonna turn a lot of heads. You may remember that Grimes jumped the gun and named it her favorite album of this year. You can check out the video for Lesser Evil's "She is the Wave," below and stream "Egypt," the first official single from the album, as well which is available in EP form right now.

Meanwhile, we got Airick to give us his Top 10 of 2012. He prefaces his list with this:

Driving alone at night is the best time to listen to music. Me and my car, Sheeba, have been through alot, and here are the records that have soundtracked our year; some good stuff coming out of the neighbourhood and from across the pond. Of course, i should be giving a honorable mention to my FAVORITE driving records of all time : Robyn, Sean Nicholas Savage, Elvis Presley, Yo! Majesty, Nancy Sinatra - but just for the sake of this being a year end list lets go with the new shit.

Will he give props back to Grimes? Or perhaps his brother Daniel's band Moon King? Check out his list below, along with the "She is the Wave" video.

Doldrums - "She is the Wave"