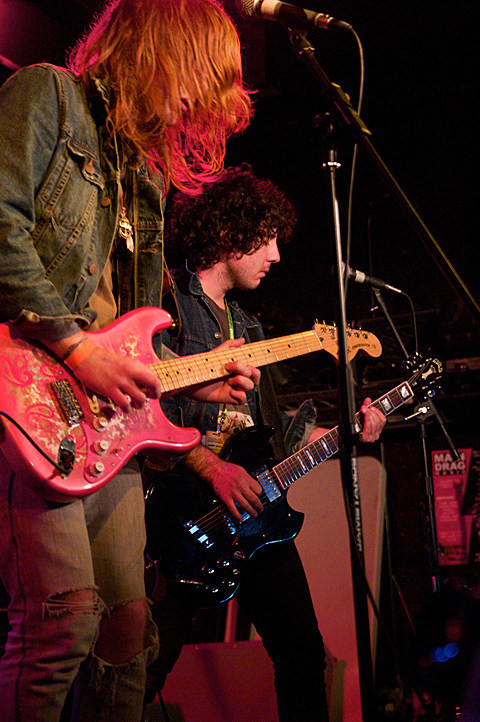 The openers have been announced for the free shows happening at Pier 54 this summer. We already mentioned that Austra is opening the tUnE-yArDs show on July 14. It was also revealed that Class Actress open the Metronomy show on July 28, and DOM open the Deer Tick show on August 11.

In related news, DOM announced that the Family of Love EP, their follow up to Sun Bronzed Greek Gods, will be released August 9 via Astralwerks. The EP was produced by Nicolas Vernhes (Animal Collective, Bjork). "I want to pump out as many records as possible," Dom said, "and actually make a difference in pop music. No matter how a.d.d. it all sounds, the more I write, the more I really wanna do this thing."

DOM also play Brooklyn Bowl on June 17 as part of Northside Festival. Tickets are available. Deer Tick also plays a Northside show at Brooklyn Bowl, but as Deervana (and it is sold out).

All DOM and Deer Tick dates and the EP tracklist below...