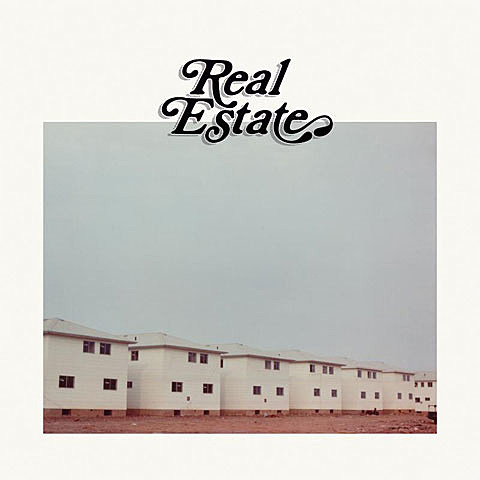 He hasn't listed any acts yet, but Domino just announced that both Twin Sister and Deradoorian will be on the bill in addition to DJ sets from Animal Collective members Geologist & Deakin. Full lineup TBA.

It would seem like one of the bands they're not listing yet is Real Estate, who are signed to Domino, though Real Estate do need to be in Germany to start a tour just one day later, and they are playing a a free NYC show right before CMJ (their "only NYC performance" until November according to the invite)...

Celebrate the release of Days with Real Estate, friends and the finest selection of beer in NYC.
Real Estate's ONLY NYC performance until their headlining show at Bowery Ballroom in November!
Hope to see you there!

The Bowery Ballroom show they're talking about is also part of Real Estate's previously announced tour with Big Troubles.

UPDATE: The Domino CMJ showcase will announce exactly two more acts, and it has a flyer which you can look at below... 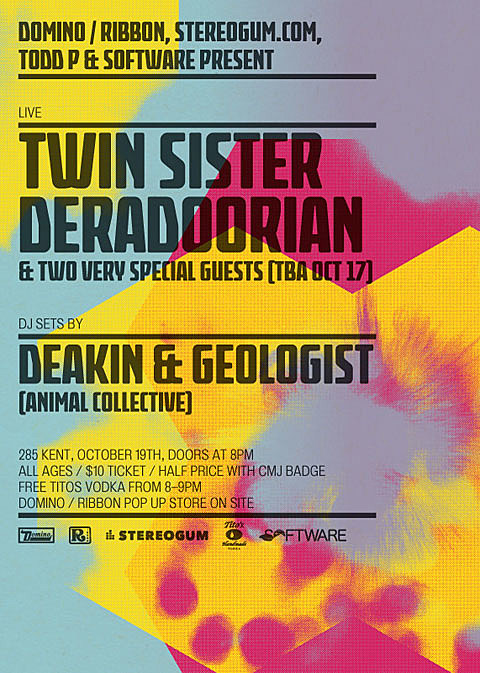