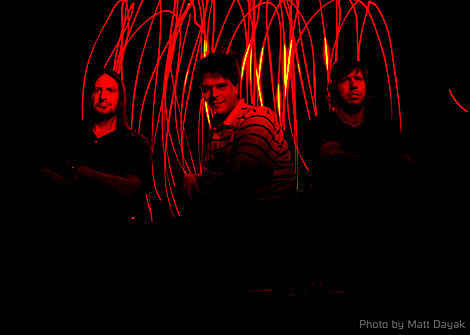 Don Caballero have announced a new set of dates including four NYC-area shows: Dec 6th at The Polish Club in Poughkeepsie (with Casket Architects), Dec 7th at Maxwell's with their Relapse labelmates Tombs (tickets here), Dec 8th @ Europa, and Dec 9th in New Haven at Cafe Nine. The band is currently scooting around Europe promoting their new record Punkgasm, out now on Relapse. Full Don Cab tour dates are below.

In other Tombs news, the band posted the song "Gossamer" to their myspace (from their upcoming record Winter Hours due in 2009), started a blog named after a Black Flag record (thats my guess), added a KICK ass drummer, will share the stage with Doomriders at Union Pool on 12/20 (just in time for Christmas!) and have a new split LP with badasses Planks.

Tombs also recently played CMJ, and MetalInjection has the video to prove it. You can watch them below..

Casket Architects recently played the Beasts Of The East Fest with Harvey Milk and Bison BC (Bison BC pics here).

Dates and videos below....

Tombs - "Filled With Secrets" Live at the Knitting Factory