Nude Beach at Webster Hall in 2013 (more by PSquared) 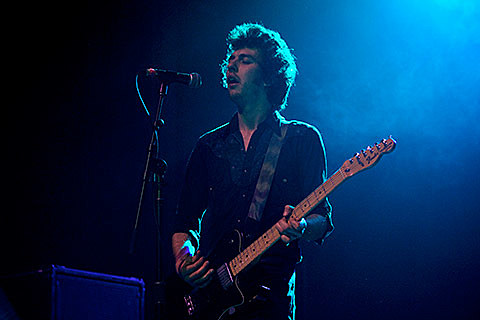 As discussed, NJ punk label Don Giovanni Records is doing its annual Brooklyn showcases in February, and since we last spoke there's been a couple changes. Due to the questionable future of 285 Kent, the February 6 show that would've happened there has been moved to Death by Audio. Its lineup of Tenement, Night Birds, Vacation, Nuclear Santa Claust and The Groucho Marxists is still the same and anyone who bought tickets to the 285 Kent show will be admitted to the DbA one. If you didn't get tickets yet, they're still available.

The following two nights happen as planned at Music Hall of Williamsburg on February 7 and 8. 2/7 has Laura Stevenson, Shellshag, Upset, Worriers and since we last spoke, Nude Beach were revealed as the guest on the bill. And 2/8 has Screaming Females, California X, Brick Mower, Priests and Black Wine. Tickets for both MHOW nights (including a 2-day pass) are still available.