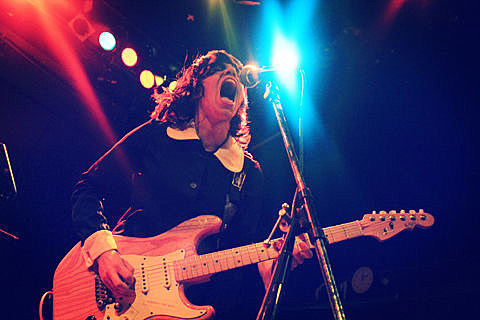 NJ record label Don Giovanni have scheduled their annual pair of Brooklyn showcases (and a NJ movie screening) for middle February, returning to Music Hall of Williamsburg and Death By Audio too.

Kicking off with a screening of Dirty Work at the Forum Theatre in Metuchen, NJ on 2/9 (yes, the Norm MacDonald/Artie Lange film), the party will move to Death By Audio on 2/10 for a show with Mikey Erg, House Boat, Nuclear Santa Claust, Secret Police and Plastic Cross. The next night Don Giovanni moves eight blocks up to Music Hall of Williamsburg where Screaming Females, Laura Stevenson and The Cans, For Science, Shellshag, and Black Wine will team up to play the venue. Tickets for the bigger show go on sale Friday, 12/9. The flyer for both is below. 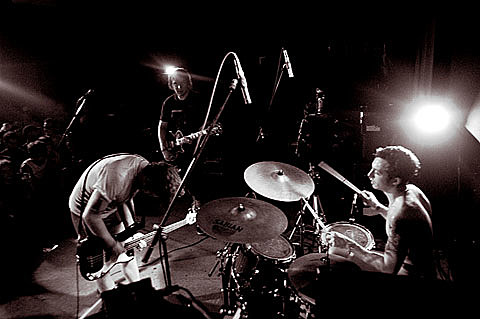 In somewhat related news, Latterman, who called it quits in 2007, and who share a member with Laura Stevenson & the Cans, is back from the grave, at least for a few shows.

Latterman was a four-piece punk rock band from Huntington, New York. They played a style of melodic punk rock with shouted dual-vocals by Phil Douglas and Matt Canino, and their songs often contain political and/or socially conscious lyrics. The band has been compared to the likes of Against Me!, The Lawrence Arms, Hot Water Music and Fifth Hour Hero. Members have since gone on to play in bands including Shorebirds, Mutoid Men, Iron Chic, Bridge and Tunnel, RVIVR, Laura Stevenson and The Cans, Daytrader and The Brass.

Quite the welcome is waiting for the band, who plays a sold-out show TONIGHT at Maxwell's (12/1), another sell-out tomorrow in Philadelphia, and a third sell-out at The Bell House on Sunday (12/4) with Nude Beach & PS Eliot. HOWEVER, tickets are still available (not many though) for a FOURTH show scheduled for Saturday (12/3) at Music Hall of Williamsburg with Thousandaires and Explosivo!.

Although recent Don Giovanni signing Waxahatchee is NOT playing the Don Giovanni showcases, Katie Crutchfield (aka Waxahatchee) can be found opening one of the Latterman shows. She is playing one of her last shows ever as part of the sunsetting PS Eliot at the Bell House.

Members of Night Birds served in The Ergs with Mikey Erg (who plays the DG show at DBA), and they have a few shows scheduled before year-end too, including a show with Citizens Arrest and another at Tommy's Tavern on 12/9 with Manipulation and Crazy Spirit (who play with Double Negative soon).

During CMJ, Laura Stevenson and Shellshag, like Polica, stopped in to perform songs exclusively for us backstage and on the Williamsburg Waterfront. Check out those videos, part of our slowly-debuting Sony Bloggie CMJ video series ("Green Room Sessions"), along with tour dates, the DG flyer, and some Latterman videos below...

Latterman- My Bed is Like, For Artists at The Fest Four

Latterman - There's Never A Reason Not to Party