Tenement at Bowery Ballroom in September (more by Amanda Hatfield) 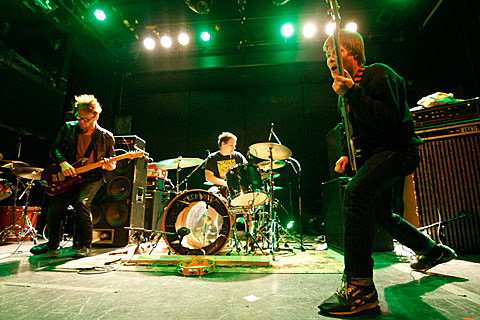 Like they do every year, NJ punk label Don GIovanni Records will put on a showcase in Brooklyn in early 2014, happening on February 6 at 285 Kent and February 7 and 8 at Music Hall of Williamsburg. Tickets are not on sale yet, but will be available via Ticketfly for 285 Kent and Ticketmaster for MHOW (2-day pass option included) on Friday (11/22). Flyer below. Facebook event page here.

Night 1 is the most traditionally, in-your-face punk show of all of them, with sets from Tenement, Night Birds, Vacation, Nuclear Santa Claust, and The Groucho Marxists.

And night 3 is another heavier one with the shredding Screaming Females, the sludgy California X, the punky/grungy Brick Mower, political punks and newest signees Priests, and power pop (the Replacements kind) trio Black Wine.

Absent from these incredible lineups is Waxahatchee, whose tour with All Dogs and Cayetana hits NYC in January.

Along with the showcase announcement, Don Giovanni have also just put out their 2013 label sampler, which features a track from all of their 2013 releases, including songs by many of the bands playing the showcases. Stream that sampler in full below. They've also just began their holiday sale, where you can purchase 5 LPs for $50 or 5 CDs for $40 through November 29. Check that out here.

In related news, Bomb the Music Industry!, whose lineup once included Laura Stevenson, are officially calling it quits and they'll play their final show in Brooklyn on January 19 at Warsaw. Tickets (including a live recording) for that show go on sale Friday (11/22) at noon. So far, they've announced that Michigan power pop rockers Cheap Girls will open, and there's more openers TBA. More info and a message from BTMI at the Facebook event. 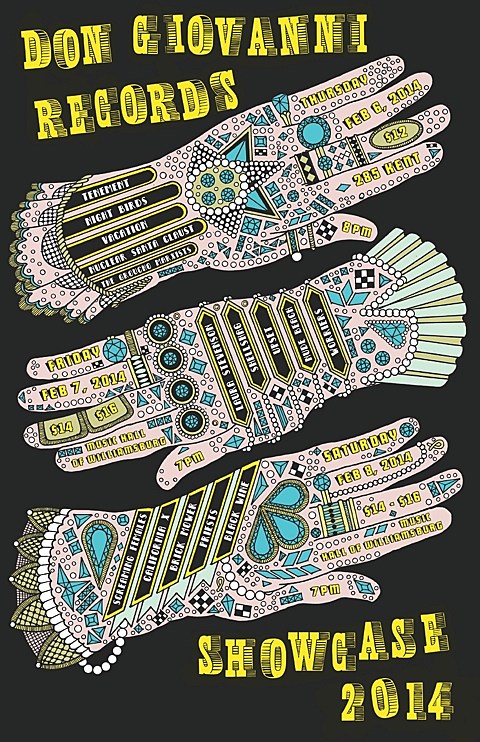