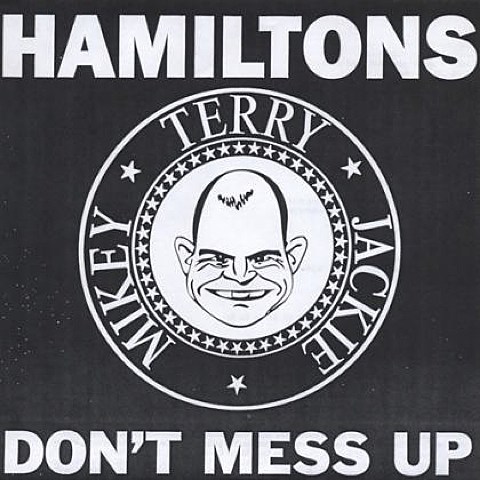 The Don Giovanni Records showcases at Knitting Factory Brooklyn begin tonight, and here's a rundown of what they've got going on:

Tonight's headliners are '70s-style power pop trio Nude Beach, who put out their newest album, 77, on the label last year, followed by a new single this year (listen below). They've been playing around a lot lately (maybe you caught them at Bowery Ballroom last month), and they have two NYC shows coming up after this: Bowery Electric on 3/5 (free with RSVP) and The Bell House with White Hills in April.

Also of note tonight is The Hamiltons, a punk trio inspired by the Ramones and the film Dirty Work, who may actually be The Ergs. Listen to a couple tracks below.

Brooklyn's Mal Blum, one of the label's newer signees, has been a singer/songwriter in the local folk punk/anti-folk scene for a few years now. Maybe you've caught her with Noun, Allison Weiss, Worriers, Chris Gethard, Stephen Brodsky or at Tinderbox Fest. Her first Don Giovanni release should be out later this year, but meanwhile you can stream her 2013 album, Tempest In A Teacup, below.

Crow Bait, the Iron Chic-related alt-country/punk band who put out their solid debut LP on Don Giovanni last year, returned a few weeks ago with the Separate Stations 7" EP on Drunken Sailor Records. If you like jangly '90s alternative rock with a little twang in it, you should check this out. Listen below.

photo: California X at DbA in 2013 (more by Vladislav Grach) 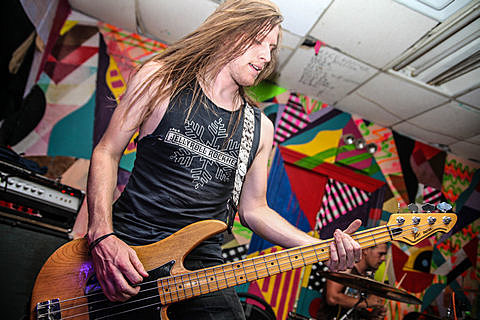 Saturday's lineup is headlined by the great Amherst, MA band California X, who recently dropped their sophomore album, Nights in the Dark. The sludgy Dinosaur Jr-isms of their debut are still here, but this time they're a little overshadowed by a handful of '70s influences, pulling from that decade's hard rock, power pop, punk, and a love of twin leads. Stream the whole thing below.

Downtown Boys, another recent addition to the label, are a band you have to see live to fully experience. And if you haven't seen them, it's highly recommended. Head HERE to see what we've said about their shows in the past. They'll also be on tour with Screaming Females soon.

Nuclear Santa Claust have a new album, Je Ne Sais Claus, coming out on DG next week (2/10), and they'll have it on sale at the show too. Like their last album, lead single "Sayonara Baby" is indebted to early hardcore with a good dose of Ramones worship. Check it out below. You can catch them in NYC again at the Nate Gluck benefit with Night Birds in March.

Opening Saturday's showcase is the label's newest band Alice (who count music writer/Silent Barn booker Liz Pelly as a member). They announced their signing this week, and will release their debut album, Revenge Pop, later this year. You can listen to the reverb-ed out "Nightmare" below. 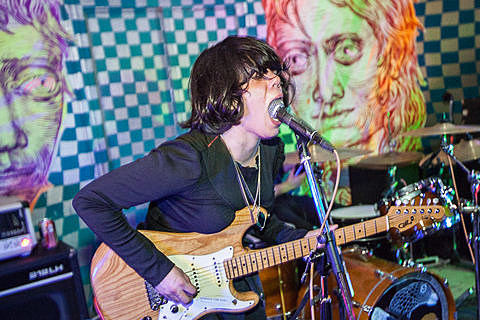 The third and final showcase has a 6:45 and a 10:45 show, both with the same lineups. Screaming Females are headlining, and these are the record release shows for their upcoming sixth album, Rose Mountain, which a few great singles have already come out from. If you haven't heard them yet, check those out below with a recently-released live video (dir. Lance Bangs) of another new song, "It's Not Fair." Screaming Females also have many other tour dates, including Asbury Park in April.

The openers at both shows are political DC post-punks Priests, '90s-inspired melodic punks Tenement, and the garage-y Vacation. Those bands have a bunch of other dates together without Screaming Females, including a Hoboken show on 2/25. All dates are listed below.

Tenement are releasing a new rarities collection, Bruised Music Volume One, on March 10 via Grave Mistake Records, and Toxic Pop Records. You can check out the ripping "Spaghetti Midwestern" from that, below.

The early Knitting Factory show is sold out, but tickets for the late show are still available.

In other Don Giovanni news unrelated to their showcase, the label is putting out a collection from The Lookouts, the band that included Lookout! Records founder Larry Livermore, and drummer Tre Cool before he joined Green Day. The collection features guest appearances from Green Day singer Billie Joe Armstrong and Rancid/Operation Ivy's Tim Armstrong. Stream a track below. 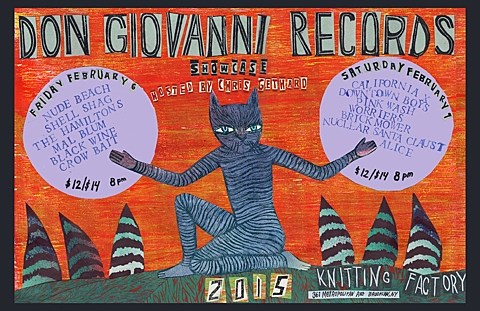 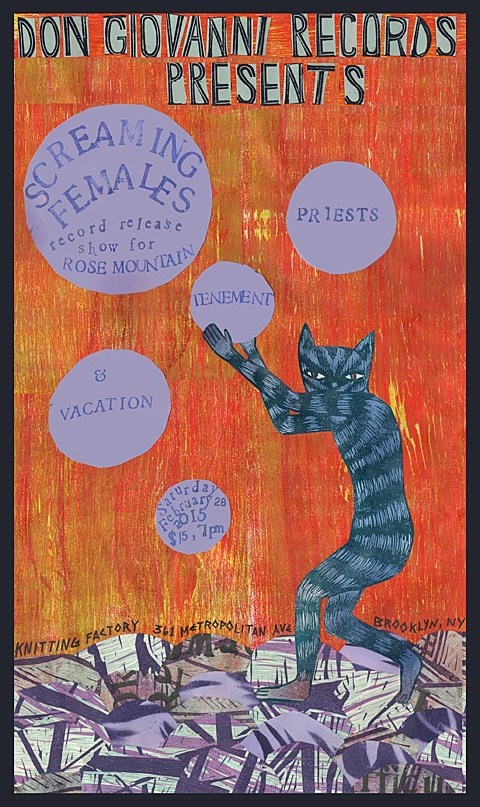 The Hamiltons - "Don't Be Dummies"

Mal Blum - Tempest In A Teacup

California X - Nights in the Dark

Screaming Females - "It's Not Fair" (live)