Screaming Females in LA in October (more by Wei Shi) 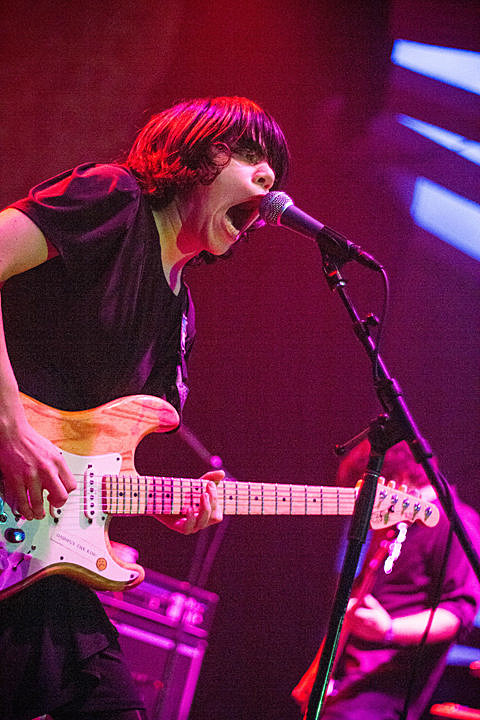 New Brunswick label Don Giovanni are throwing their annual Brooklyn showcases in 2013 at Music Hall of Williamsburg on February 8 and 9, and this year they're doubling as the label's tenth anniversary shows. Both nights have typically great lineups, with the 2/8 show featuring Laura Stevenson and the Cans, Jeffrey Lewis, Lemuria, Waxahatachee, and Hilly Eye, and the 2/9 show featuring Screaming Females (I hope this means Marissa is getting better!), Black Wine, Stormshadow (who the label refers to as "original, political, tight musicians" who "made fantastic art" but "broke up and no one outside of New Brunswick knew who the band was," and they'll be reuniting for this show as well as reissuing their album, Set On Destroy, via Don Giovanni this winter), Home Blitz and Shellshag. Tickets for both nights and a 2-day pass option go on sale Friday (12/14) at noon and AmEx presale for the individual nights begins Wednesday (12/12) at noon. The flyer for the showcases is below. 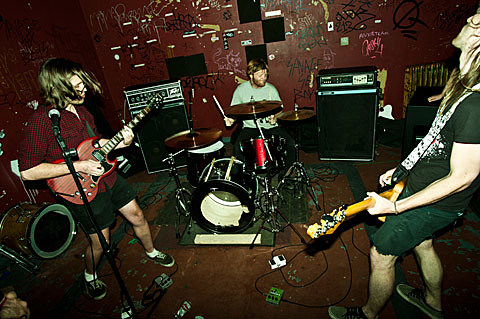 One band that we're a little bummed to see not on this lineup is Amherst's grungy California X, who have a great self titled LP coming out via Don Giovanni on January 15. I know we're still in year-end-list of 2012 mode, but this is already one of my most anticipated records of 2013. You can stream the single, "Pond Rot," below.

Song stream and show flyer are below.