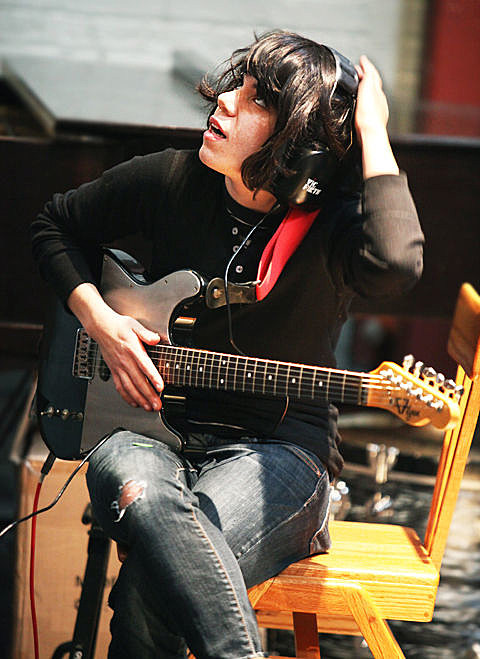 Screaming Females will release their new album, Ugly, on April 3 via Don Giovanni. They recorded it with Steve Albini, whose been having a great year so far with this album and the new Cloud Nothings album. Even moreso than on that album, Albini gives Ugly the same kind of treatment he gave Surfer Rosa, Rid of Me, and In Utero, with huge snares and spacious noisy guitars. As good of an album that SF's 2010 LP Castle Talk was, Ugly is the first time the power of their live shows is effectively captured on record. You can check out a taste of the album with the first single, "It All Means Nothing," which premiered on Rolling Stone today. That single is streaming below along with a video of the band performing a stripped down version of it for an NPR Tiny Desk Concert.

As mentioned, Screaming Females play a Don Giovanni showcase at MHOW on Saturday (2/11) with Laura Stevenson and the Cans, For Science, Shellshag, and Black Wine. Tickets are still on sale and we're also giving away a pair. Details on how to enter the contest are below.

That show is one day before Screaming Females kick off a record store tour which includes a show at Manhattan's Generation Records on Sunday (2/12). The "It All Means Nothing" 7" will be available at the MHOW show and at their record store shows.

In related news, and as previously mentioned, a different Don Giovanni showcase is going down TONIGHT (2/9) at Death by Audio with Mikey Erg (of The Ergs!), House Boat, Nuclear Santa Clause, Secret Police< and Plastic Cross (mems. of The Measure). The flier for this show is below.

In other related news, Marissa Paternoster's other project Noun will release a S/T 7" on February 14 via Don Giovanni, and the label will press her debut album, Holy Hell, on vinyl the same day. Both of those releases will be available at the showcase at MHOW.

--
Screaming Females - "It All Means Nothing" NPR Tiny Desk Concert

Screaming Females - "It All Means Nothing" 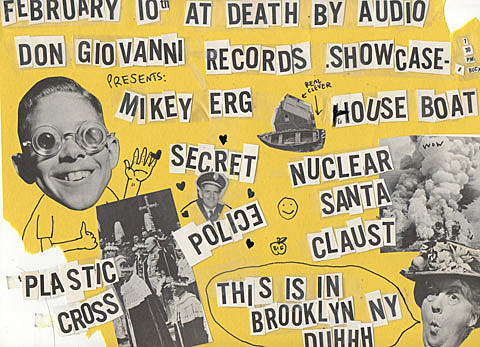 --
For a chance at winning tickets to the Don Giovanni showcase at MHOW: Either tweet something that includes both @brooklynvegan & "Screaming Females" in the tweet, AND/OR send an email to BVCONTESTS@HOTMAIL.COM with the subject line "Screaming Females" with your first and last name in the email. We'll pick a winner at random and contact them with more details. If you email your entry, your email will not be shared with anyone else. Good luck!
--
"Barnacles" - Solo Performance by Laura Stevenson